He was the first to resign: Der Tunisian ruler Ben Ali was overthrown ten years ago during the Arab Spring after a long-term rule of 23 years. The greengrocer Mohamed Bouazizi had previously set himself on fire in Sidi Bouzid, central Tunisia, and with it one Wave of protest kicked off.

The news spread furiously, mobilizing the masses and motivating the rest of the Arab world to rebel. The dictator Ben Ali was followed by others: Neither the Egyptian president Husni Mubarak still Yemen’s head of state Ali Abdullah Salih and not even the Libyan ruler Muammar al-Gaddafi could hold out. More democracy and human rights, better social conditions – these were the demands of the protesters at the time.

Does the Arab spring the hoped for fruits borne?

Günter Meyer, head of the Center for Research on the Arab World at the University of Mainz, says: “There is no longer any trace of the former euphoria and optimism of the Arab Spring.”

Frustration and resignation On the other hand, the worsening economic situation, rising unemployment, persistent corruption and the hardening of political constraints dominated large parts of the Arab population.

“Only in Tunisia does it have a permanent turn to democracy and safeguarding human rights “, the expert sums up. In all the other affected Arab countries – such as Algeria, Jordan and Iraq – democracy and human rights have not developed further Situation even worsened: Civil wars are raging in Libya, Syria and Yemen, in which all opposition is violently cracked down.

Deterioration in many countries

And even in Tunisia – which western politicians like to call a “lighthouse” – there is resentment among the population. “The most serious problem is this bad economic situation of the country. The main demands of the protesters during the Arab Spring included more jobs, career opportunities and an improvement in economic living conditions. None of this could be achieved, “says Meyer.

The increasing frustration of the population is reflected in growing tensions between the political parties and protests and strikes in key industries in the country, particularly phosphate mining and the developing oil and gas sector.

“The situation is exacerbated by the Consequences of COVID-19, especially due to the collapse of tourism, “warns Meyer. In the hinterland, where the Arab Spring began, the economic situation has deteriorated so much that emigration to the coastal cities is increasing massively and more and more young people are only crossing over of the Mediterranean to see Europe a perspective.

They were there Requirements 2011 very promising: Civil society was active, the political leaders were pragmatic, the women’s organization was strong and the unions were long established. “In addition, the military took a neutral stance and foreign interventions largely ceased,” says Meyer.

In other Arab states these framework conditions were lacking. “But they were all in common Autocratic Regime, mostly associated with corruption and nepotism as well as high unemployment among the young population under the age of 30, who make up up to 40 percent of all residents, “recalls Meyer.

The following examples show what paths the other Arab states took apart from Tunisia:

After this Mubarak was overthrown by the military, democratic elections brought the victory of Islamist parties and the Muslim Brotherhood took power with President Mohammed Morsi.

But that did not last long: “The military ended the democratic interlude with a coup, killing hundreds of Muslim Brotherhood and taking tens of thousands of them prisoner sham democratic elections Abd al-Fattah as-Sisi, the former commander-in-chief of the Egyptian armed forces, took over the office of president, “says Meyer.

He still rules – and that no less autocratic, as before the Arab Spring “At the same time, the economic situation of most of the population, which has now grown to more than 100 million, continues to deteriorate,” says Meyer.

Gaddafi’s fall was primarily due to the military alliance between European and Arab states under the leadership of the USA. “But the subsequent democratic phase ended in 2014 in a new Civil war“says Meyer.

Today two governments in western and eastern Libya are facing each other: supported by heavily armed local militias and foreign military powers.

“Although diplomatic negotiations are currently ongoing to settle this civil and proxy war. How a new political order can be implemented here is still completely open,” says Meyer.

Unequal more dramatic be the aftermath of the Arab Spring Yemen and Syria. The successor to ex-President Salih in Yemen was too weak to implement democratic reforms. “The result here too was a civil and proxy war that plunged one of the poorest countries in the world even further into misery.”

In Syria meanwhile is still that Assad regime in power: “About two thirds of a largely war-torn and economically devastated country rules, in which about 500,000 people were killed, while more than half of the population within the country was evicted from their homes or fled abroad,” says Meyer .

On the other hand, most of the other rulers managed to break the protests in the context of the Arab Spring with the Use of their security forces and rather cosmetic reforms to end. “For example, the King of Morocco announced moderate constitutional reforms and had elections held. In Oman, the riots were settled mainly through the increase in minimum wages and minor democratic reforms,” ​​says the expert.

The demands have remained the same

The natural gas and oil rich Gulf States of Qatar and the United Arab Emirates are even completely affected by the unrest ten years ago spared stayed – because the rulers generously share the wealth of the country with the local population.

“More than 85 percent of the residents are foreign workers with their relatives. They know that they will be deported immediately if there is any protest or demonstration. That is why unrest is least to be expected here,” estimates Meyer.

But the requirementsthat the citizens of the Arab world have remained the same: Work, freedom, national dignity! Meyer knows: “Many expect the revolution to continue and that it can break out again at any time.”

About the expert: Prof. Dr. Günter Meyer is head of the Center for Research on the Arab World at the University of Mainz.

Private firearms in Germany: Least of all in Berlin

Ski season in pandemic winter: dispute between Germany and Austria 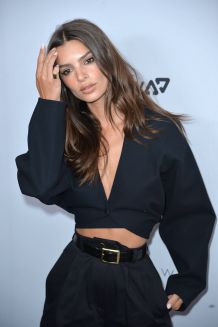 “This is life”: Model mom snaps herself at birth – People 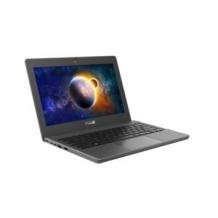 Probe on a mission: “Solar Orbiter” flies past Venus on its...