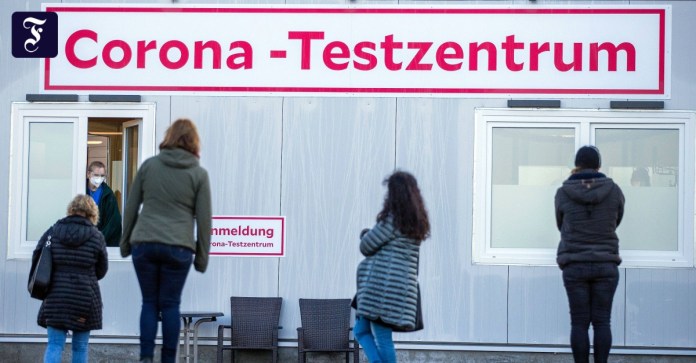 Dhe German health authorities reported 16,946 new corona infections within one day on Sunday. In addition, 465 new deaths were recorded within 24 hours, as the Robert Koch Institute (RKI) announced in the morning. The number of cases recorded is usually lower on Sundays, partly because fewer tests are carried out on the weekend. Basically, the interpretation of the data is currently difficult because around Christmas and the turn of the year corona cases were discovered, recorded and transmitted with a delay according to the RKI.

The number of new infections reported to the health authorities within seven days per 100,000 inhabitants (seven-day incidence) was 162.2 on Sunday morning. Its previous high was reached on December 22nd at 197.6. The differences between the federal states are enormous, however: Saxony had the highest incidences with 269.8 and Thuringia with 232.4. Bremen had the lowest value with 74.0. Because of the holidays, the weekly values ​​should also be assessed with caution.

According to the RKI report on Sunday, the nationwide seven-day R-value was 1.16 (Saturday: 1.17). This means that 100 infected people theoretically infect 116 more people. The value represents the occurrence of the infection 8 to 16 days ago. If it is below 1 for a long time, the infection process subsides. In its report, however, the RKI emphasizes that around the turn of the year corona cases are only discovered, recorded and transmitted with a delay, “so that the R value may be underestimated”.

Interior Senator: Criminal clans under pressure due to pandemic

Around 150 meters from the beach: Woman killed by a shark...

Police angry with the Berlin Senate

SCR Altach gives away the “red lantern” with a clear away...