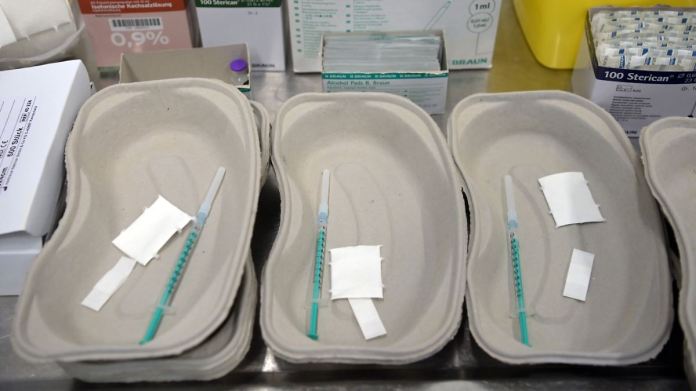 Despite all the criticism: The vaccinations in Germany are progressing. At the beginning of the week, another 45,000 people across the country will be immunized against corona for the first time. But there are still massive differences between the countries.
The number of corona vaccinations administered in Germany has risen to around 317,000. The Robert Koch Institute (RKI) indicated the vaccination status by Monday evening as 316,962. That was 44,563 more than the day before. This corresponds to a nationwide vaccination rate of 0.38 percent.

Of those vaccinated, 131,885 are residents of nursing homes. Another 149,727 people were vaccinated because of an occupational indication, this mainly affects nurses and other medical staff. 73,734 people received the Biontech and Pfizer vaccine because of their age, and another 10,216 for medical reasons.

There are still major differences between the federal states. Mecklenburg-Western Pomerania remains the front runner with a vaccination rate of 0.86 percent, followed by Saxony-Anhalt with 0.71 percent and Hesse with 0.6 percent. Lower Saxony is at the bottom with a rate of 0.11 percent. Also relatively little has been vaccinated so far in Brandenburg and Thuringia, with vaccination rates of 0.13 percent each.

Because of the hesitant start of the vaccinations, there had been increasing criticism in recent days. In addition to the slow supply of vaccines, there are also logistical problems of varying severity in the federal states. The telephone hotline for booking appointments is often overloaded, and bookings via the Internet are only available in some federal states.

Assault in eastern Congo: Italy’s ambassador murdered in an ambush

At least ten dead in avalanche accidents in Iran – world...