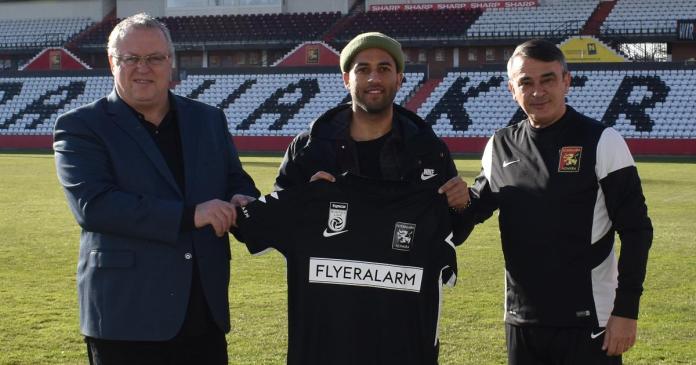 After the departure of Stefan Maierhofer, who no longer played a role in coach Damir Buric’s plans, Admira has signed a new center forward. 31-year-old Andrew Wooten comes from Major League Soccer.  The  German-American last stormed for Philadelphia Union, before that he was active in the second German division for Sandhausen and Kaiserslautern.

Like the Admiraner, the new man comes to Austria for free.

The  violets hired a midfielder.

The  Albanian Agim Zeka is a former U-21 team player in his country and was most recently active for Royal Mouscron in Belgium.

The  1.92 meter tall Zeka was born in Germany. It should be usable both in the center and on the wing.

“We have brought in a young, former Albanian U21 team player who also strengthens us across the board as a further alternative. We recently missed a few players due to injuries in our preparation, and we reacted well to that within the limits of our financial resources, “said Austria coach Peter Stöger.

Coronavirus in Germany and the world: Israel vaccinated more than 115,000...