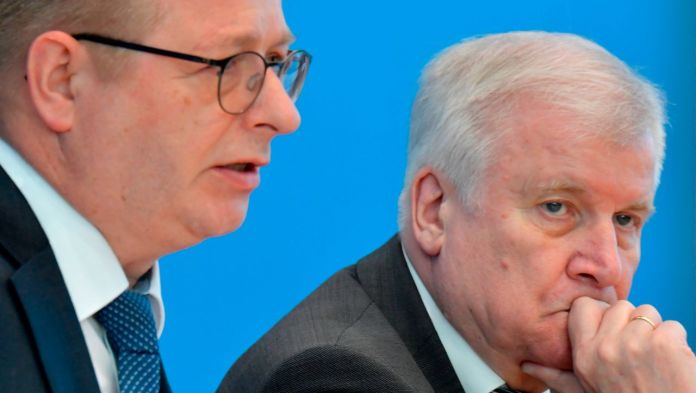 Federal Interior Minister Horst Seehofer (CSU) has not yet given the green light for the AfD to be monitored by the Office for the Protection of the Constitution. According to SPIEGEL information, he instructed the lawyers in his house to thoroughly bend over the 1000-page long secret report with the experts of the Federal Office (BfV), with which the entire party could be declared a suspected right-wing extremist case in January.
The  reason should be absolutely legally secure, a successful lawsuit by the AfD in the Bundestag election year should be excluded.

The  Federal Ministry of the Interior was “involved in the process as part of the service and technical supervision and is currently reviewing the documents submitted by the BfV,” said a spokesman. “It remains to be seen when this test will be completed.”

The  AfD invokes, among other things, the parties’ right to equal opportunities.

The  administrative court announced a first interlocutory decision for Monday.

Poggenburg explores candidacy as a non-party

The  Office for the Protection of the Constitution has already been monitoring parts of the AfD, the “wing” around the Thuringian state and parliamentary group leader Björn Höcke, since March 2020 the Federal Office has classified it as “proven extremist”.

In 2015, Höcke and André Poggenburg wrote the »Erfurt Resolution«, which is considered the founding document of the »Wing«. Poggenburg left the AfD two years ago after falling out with party friends for political and private reasons. But now, according to SPIEGEL information, he is checking his chances of success as a non-party member of the Saxony-Anhalt AfD state list to run for the state parliament.

The  state election will take place on June 6th.

According to several AfD officials, the party’s former head of state has held talks about a possible candidacy in recent weeks. Accordingly, several district associations encouraged Poggenburg to apply on the list between the promising places 15 and 20. Now he is trying to find more supporters.

The  AfD state party conference for the list will take place this weekend. According to reports, Poggenburg wants to make the decision on a candidacy shortly beforehand. He did not want to comment publicly, he said when asked.

It should also cause annoyance among the national leaders if Poggenburg is put on the electoral list by the regional association. In the early days, Poggenburg was one of the main drivers behind the AfD’s legal course. Several times he triggered outrage with racist remarks and received two reprimands from the federal board.

The  AfD chairman Jörg Meuthen criticized Poggenburg again and again and expressly welcomed his departure from the AfD at the time. If Poggenburg should stand as a candidate, he should criticize Meuthen heavily in his application speech, according to the party.

Under 900 meters thick ice: life under extreme conditions tracked down

False Roofers Take Out Seniors: The Prey Of The Fraud Gang...

Dan Riccio is said to be newly involved in the development...

Merger of PSA and Fiat Chrysler: Why a new auto giant...

Now after all: Discovery + is coming to Germany

Currency manipulator Switzerland? Blacklisted soon in the US | ...