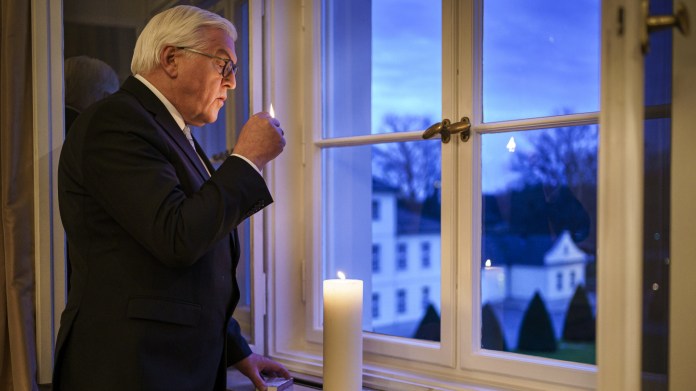 More than 50,000 people have now died in Germany in connection with the corona virus. In order to commemorate them, Federal President Steinmeier is planning a central celebration after Easter. But even before that, a sign should be set.

After Easter, Federal President Frank-Walter Steinmeier wants to organize a central memorial service in Berlin for the dead in connection with the corona pandemic in Germany. Together with the other constitutional bodies, he wanted to “set a sign that we as a society mourn together, that we will not forget the dead and the suffering of the bereaved,” said the Office of the Federal President.

In Germany, more than 50,000 people have died in connection with the corona virus since the pandemic began around a year ago, according to the Robert Koch Institute.

Lights for the victims

In order to set a sign of common commemoration by then, Steinmeier called on all citizens to take part in a “ lichtfenster” campaign. He encouraged her to put a light in her window from today and also to share a picture of it with the hashtag lichtfenster on social media.

In Bellevue Palace, a light will be clearly visible in the central window above the portal. “We put a light in the window. A light of sorrow, a light of sympathy, a light of compassion,” said Steinmeier.

More than just a number on the news

The  two big churches in Germany called for participation in the action.

The  chairman of the Bishops’ Conference, Limburg Bishop Georg Bätzing, praised the action as a “strong sign of sympathy and compassion”.

The  Evangelical Church in Germany (EKD) also announced its participation.

The  number of corona deaths is mentioned in the news every day, said EKD chairman Heinrich Bedford-Strohm. But: “Behind every death there is a very personal story of hope and fear, of abysses that open up when the fight for the life of a loved one is lost.”

GPU could be a challenge in future games, says 4A Games