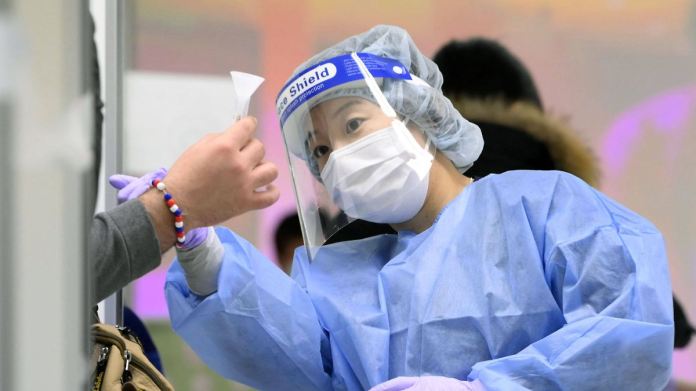 After entering from Brazil
Another Corona variant found in Japan

A new variant of the corona virus is also appearing in Japan – but it is not identical to that from Great Britain. It is proven in four travelers from Brazil. A person over 40 has to be hospitalized for breathing problems. It remains unclear for the time being whether the new mutation is more contagious.
A new variant of the coronavirus has been detected in four people who entered Japan from Brazil. Takaji Wakita, the head of the Japanese health authority, announced that it is not identical to the pathogen variants that have so far been detected in Great Britain and South Africa. At the moment there is no evidence that the newly discovered variant is more contagious.

The Japanese Ministry of Health announced that the four people landed in Tokyo on January 2, coming from the Amazon region in Brazil, and were immediately quarantined at Haneda Airport. A man over 40 years old is now in the hospital after developing acute breathing problems. Two other passengers would have symptoms such as a sore throat, headache and fever. A teenage person did not develop symptoms.

With viruses, random changes in the genetic material, called mutations, occur constantly. Some give the pathogen advantages – for example by making it easier to transmit. In December, a variant of the coronavirus (B.1.1.7) was detected in Great Britain and a similar one (501Y.V2) in South Africa, which, according to initial analyzes, could be more contagious than the ones currently in circulation. B.1.1.7 has now been proven in a number of countries, several times in Germany.

According to an initial analysis, the Biontech / Pfizer vaccine should also work against the new variants B.1.1.7 and 501Y.V2. This is according to a study by scientists from the University of Texas and the US pharmaceutical company Pfizer, which was published on Thursday. The antibodies in the blood of 20 vaccinated people were examined. Accordingly, the vaccine will probably also achieve an effectiveness of 95 percent when used against the new variants.

Liverpool couldn’t get beyond a draw against West Brom

Resistance is stirring in Berlin