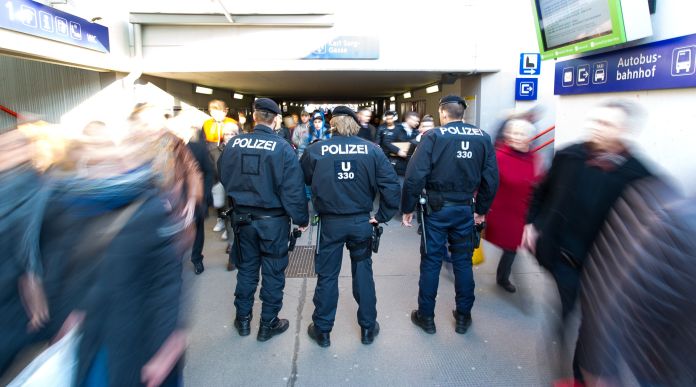 After many incidents, including violent ones, when the corona rules were violated, the police reported dozens of other reports over the weekend.

In Carinthia, 14 people were reported for violating the Covid ordinances because they had celebrated a party on Sunday in a restaurant in Klagenfurt, which is currently officially closed, with the participation of the restaurant owner. Residents filed a complaint because of the increased noise in the St. Peter district. When the officers arrived, the people present consumed alcoholic beverages, did not wear masks and did not adhere to the distance regulations.

Dozens of ads made

The re was a flood of advertisements in Styria, mainly because of demonstrations and rallies. 50 people gathered in Fehring.

The re was a demonstration against the corona regulations. Despite the dialogue, the participants refrained from wearing mouth and nose protection, according to the authorities. Police officers then carried out identity checks. Around 35 administrative reports were sent to the competent authority. Emergency services also recognized five people. A week earlier they had participated in a demonstration in Feldbach and committed administrative violations there. Now they are brought to the display.

Two arrests at the demo

In Leibnitz around 120 people gathered.

The y carried out a light march against the corona measures. Here, too, there were around 40 reports under the COVID regulations and two arrests of people under the provisions of the Administrative Criminal Law. According to the police, they could not or did not want to identify themselves. “

The  Styrian police see themselves as the protector of fundamental rights and civil liberties. In compliance with the Covid regulations, it is obligatory to express one’s opinion. We will continue to monitor meetings more intensely. If our philosophy, dialogue and de-escalation do not work, however, there will be violations brought to the display, “said the police.

On Sunday just before 4 a.m., the police were also called to a massive noise in an apartment in Götzens. After ringing the bell several times, a 30-year-old Austrian suddenly and quickly opened the apartment door, rushed towards the officials with raised fists and used force to prevent them from performing the official act.

The  apparently heavily drunk 30-year-old was brought back to the apartment by the officers, his mother and her partner and subsequently reassured. Both officers were injured to an indefinite degree by the attack, and reports are also the result.

Mourning and triumph on the second highest mountain in the world

In China they are now relying on Oppos ColorOS

FC Bayern: A lot of worries for Hansi Flick – between...

Germany hopes for a revival of relations with the USA

RFID in tires: All Michelin tires should be connected by 2023

Tens of thousands in India because of hurricanes in emergency shelters...