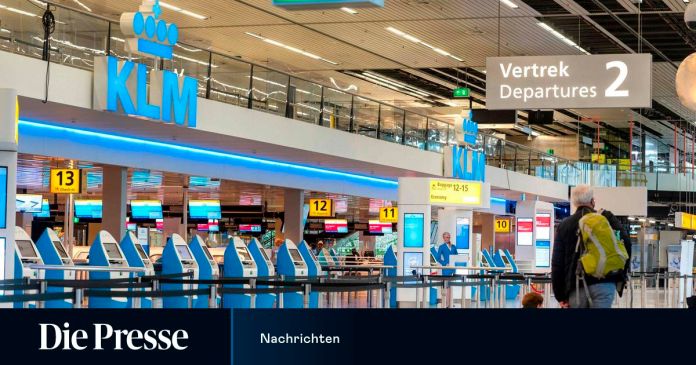 European airlines suffer from corona travel restrictions. But there are no quick solutions for air traffic.

“ The  road to normality in flight operations is much further than we all wished and hoped for,” says Berlin Airport Director Engelbert Lütke Daldrup. Especially in Europe, with its small domestic markets and the many cross-border flights, the effects of the pandemic on the once growth-spoiled aviation industry are devastating.

Just 36 percent of last year’s flights are in the sky in the first weeks of January, reports Eurocontrol and expects further declines in February. On Wednesday of last week (January 20), the controllers across Europe registered just 204 flights of the Lufthansa core brand, a whopping 86 percent fewer than on the same day last year. CEO Carsten Spohr can hardly commit himself to his time forecasts: “Sometime in summer” things will pick up sharply, “between the second and third quarter” positive effects of vaccinations and intensified tests will be felt. It will probably be “many more years” before the old sales records return.

The  Lufthansa Group, so much promises Spohr, will return leaner and much more effective. More tourist flights and the elimination of numerous direct connections from the competition should initially help the crane group with its hubs. 29,000 employees worldwide have already had to leave the company, the remaining 106,000 are mostly on short-time working for the turning point. After all, the MDax group, which was rescued by the German state, has managed to cut the outflow of cash in half: Lufthansa is only losing half a million euros an hour instead of a full one.

The  state aid of 9 billion euros will probably not have to be fully exhausted, promises Spohr.

New mutations of the corona virus as well as partly contradicting defense measures of the nation states are currently inhibiting almost every positive development in air traffic, complains Eurocontrol boss Eamonn Brennan, among others. While flying blind through the corona crisis, the airlines have been trying to enforce comprehensive quick tests and digital health passes for their passengers for months, but the national governments are not playing along quickly enough.

The  world airline association IATA, like the CommonPass organization, is developing a mobile phone app on which theoretically all vaccination and test certificates as well as entry information could be collected. But for the time being, the old yellow paper vaccination pass is valid in Germany, while the EU is arguing about uniform proof.

The  new apps are now being tested in the Arabian Gulf by the airlines Etihad and Emirates.

The  IATA only expects ticket demand to recover by the middle of the year if the corona vaccines are distributed quickly and significantly more passengers are allowed to travel with the help of negative rapid tests. Global industry sales are estimated to reach $ 459 billion (€ 377.5 billion) after $ 328 billion in 2020.

The  airline managers should not hope for significant price increases when the new start is made: Ticket prices have tended to fall during the crisis in poorly utilized jets and the low-cost airline Ryanair has already announced aggressive competitive prices for the restart.

The  already flexible Irish can for the first time fall back on particularly inexpensive aircraft of the accident type Boeing 737 Max, which was pulled from global traffic in March 2019 after two crashes with a total of 346 deaths. After technical improvements, the return of the aircraft to the European skies is imminent.

The  crisis has already claimed the first airline victims in Europe. In Germany, Lufthansa has closed its holdings Germanwings and SunExpress Deutschland and the Eurowings service provider LG Walter has also disappeared from the sky. In Spain, the Iberia parent company IAG swallows Air Europa for half the price, and an unpleasant competitor has taken down the wings on the lucrative North Atlantic market.

The  low-cost concept of the fast-growing Norwegian on long-haul routes has not proven to be pandemic-proof.

The  company is now relying on help from the Norwegian state to serve short and medium-haul flights in Scandinavia and Europe with an expected 50 instead of the original 140 jets.

Coronavirus in Brazil – the worst is yet to come

China’s companies are reluctant to make acquisitions in Europe

Frankfurt artist: work for the algorithms

Hotels in the northeast also open for family visits at Christmas...

Juve loses in Naples ++ Liverpool conceded third bankruptcy in a...

“Three hazelnuts for Cinderella”: All TV broadcast dates for 2020