Tourist trips are more likely to be resumed than those for business reasons.

Frankfurt Am Main “ We can’t wait for the vaccine.” The outgoing General Director of the global airline association IATA, Alexandre de Juniac, has once again put huge pressure on to accelerate the restart of the aviation industry in the coming months with the help of mass corona rapid tests. The pandemic took the airlines with it last year, but so far only a few have gone under.

The global business figures are still sobering. Instead of 4.5 billion people in the previous year, there were only 1.8 billion people traveling by plane in 2020. According to IATA, the 60.5 percent decrease in passengers has melted airline sales by more than $ 500 billion to $ 328 billion. The losses add up to an estimated 118.5 billion US dollars (99.9 billion euros). This does not include the equally hard-hit aircraft industry, the airports and their numerous service providers.

According to their association ADV, German airports will have to cope with a loss of around three billion euros in 2020 and 2021, so that around a quarter of the 180,000 direct jobs are at risk. With Paderborn-Lippstadt, the first operator has already fled to bankruptcy, and more could soon follow. The federal government wants to help as it does with air traffic control, but insists on the same high level of participation by the federal states, which are usually the owners of the airports.

The IATA only expects ticket demand to recover by mid-2021 if the corona vaccines are distributed quickly and significantly more passengers are allowed to travel using negative rapid tests. Sales are estimated to reach $ 459 billion in the current year, with losses limited to just under $ 39 billion. The European airlines, which, because of their small domestic markets, are more dependent on international business than the Americans, Russians or Chinese, would have to shoulder around 12 billion dollars.

Hope for the middle distance

It has long been clear to the experts that business on medium-haul routes will recover more quickly than on long-haul routes, and that tourist trips are more likely to be resumed than those for business reasons. After all, Corona has brought a significant boost to digitization that will make many costly business trips appear superfluous in the future. However, the business travel association VDR expects a considerable backlog of personal encounters. The effort per trip is likely to increase: According to the VDR barometer, around 80 percent of companies expect more complicated planning and higher costs. And 90 percent want to take a closer look at which trips are really necessary in the future.

The airline industry has proven its relevance for a globalized economy in the air freight crisis, which expects a further boost for the distribution of corona vaccines. Even if almost half of the charging options were lost due to the lack of passenger flights, cargo sales rose significantly to just under 118 billion euros and saved some airlines. In 2021, passengers will only find a reduced number of connections, because the companies only fly if they can at least cover the direct costs of a flight. In April 2020, only 2110 city pairs were connected with direct flights on the old continent, reports IATA expert Rafael Schvartsman. Before the crisis, there were more than 9,000 destinations to choose from. A number of destinations can only be reached with a stopover, which initially supports hubs such as Frankfurt, Paris or Amsterdam. In the corona crisis, ticket prices have tended to fall in poorly utilized jets and the low-cost airline Ryanair has already threatened aggressive competitive prices for the restart. For the first time, the Irish can fall back on particularly inexpensive aircraft of the type Boeing 737 Max, which was pulled from global traffic in March 2019 after two crashes with a total of 346 deaths. After technical improvements, the return of the aircraft to the European skies is imminent.

Airlines die a slow death – if at all – because they are mostly carriers of national prestige. The governments have already pumped around 173 billion euros into their national airlines. The IATA expects further transfers of up to 80 billion euros, as Juniac explained. Air France-KLM is a hot candidate for new billion-dollar syringes. According to the newspaper “Le Monde”, the French state has already indicated that it is willing to pay.

The partially nationalized Lufthansa, on the other hand, is currently successfully obtaining fresh money on the private capital market – with the declared aim of reducing the very expensive government investment of nine billion euros in the long term. The group has brought hundreds of aircraft to the ground. Large jets with four engines and high kerosene consumption like the Airbus A380 or older Boeing Jumbos of the type 747-400 have been withdrawn from service, and the workforce is also shrinking. After the sale of the catering business in Europe, around 109,000 people are still employed by Kranich, which has not yet made any layoffs, at least for the German core brand. There are agreements on cost-cutting measures with the flight attendants’ unions, ground staff and pilots, which are intended to make redundant redundancies.

“I’m not so worried”: According to Drosten, the coronavirus mutation is...

Russian opposition member – Navalny has to go to prison –...

Spotify announces hi-fi subscription and launch in more than 80 new... 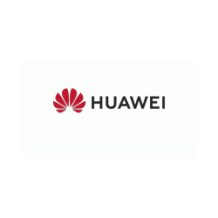 Huawei is the first 5G provider with NESAS certification