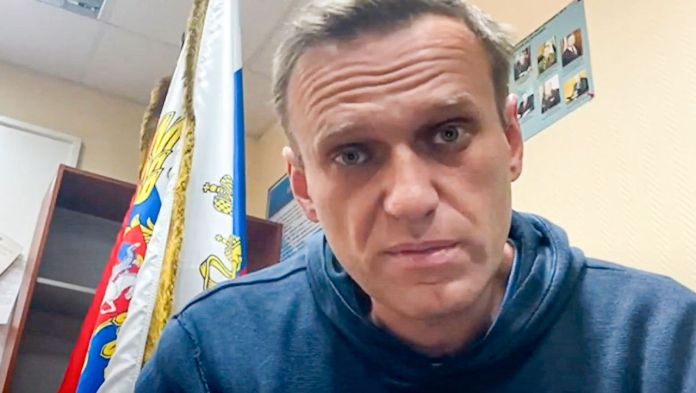 The  judge had just read the verdict when Alexej Navalny from the police station in Khimki, a suburb of Moscow, spoke on video: “Don’t be afraid, go demonstrate,” he urged his followers. “Not for me, but for your future.” His spokeswoman had posted the short clip on social media.
Navalny had actually thought that he would meet his lawyers in Khimki, to whom he had been denied access for hours after his arrest at Moscow airport. But the security authorities had decided to try him right at the station – and after only about four hours to take him into custody for 30 days “for repeated violations of probation conditions”.
Only journalists from the state broadcaster Life News and Rossiya 1 were allowed to take part in the trial. Everyone else had to stay outside at minus 18 degrees. Despite the cold, around 200 Navalny supporters came and chanted for hours, “Let him free!” And “Freedom for Navalny!”
Kremlin critics have always been monitored and persecuted by the security authorities in Russia, including Navalny for many years. It is more than unusual that he has now been given a quick trial at the police station. Just like the maneuver with which the authorities rerouted Navalny’s plane from Berlin to another Moscow airport the previous evening – obviously out of fear that his supporters might give the opposition party a formal reception.

Political expert Tatiana Stanowaja believes that all of this shows that the siloviki, the security services, are in charge of the Navalny issue. Those who are responsible for domestic politics in the Kremlin, on the other hand, don’t have much to report. Her colleague Alexander Baunow also writes that it is about “preserving face of the state and maintaining the deterrent machine.” from Moscow’s Carnegie Center. Because if Navalny could have easily entered, no one would take threats from the state seriously.

In other words, the Russian state cannot afford to be weak.

The  Kremlin is prepared to pay a price for this policy: for example, the already difficult relations with the West have deteriorated further as a result of the Navalny case. Not only the federal government demanded Nawalny’s “immediate release”, numerous other states, including the USA and France, also sharply criticized him.

Putin and representatives of his regime have always allowed such criticism to bounce off. But Navalny has become enormously important as a result of the events of the past few days and weeks.

The  Kremlin critic consciously risked losing his freedom. A daring undertaking that fits his biography. Navalny always drew his strength from “challenging those who were stronger,” writes Carnegie expert Baunow.

Even critics from the ranks of the opposition now praise Nawalyn’s courage. His popularity has undoubtedly increased after the poison attack on him.

Navalny will now be locked away until February 15th – it could turn out to be years. It is also the first time that he has been in a detention center for longer.

The  conditions there are tougher than the arrest sentences that he previously had to serve; among other things, contacts with the outside world are much more limited.

On February 2, a court is due to hear whether a controversial suspended sentence from 2014 will be converted into prison.

The n the opposition would have to be held in camp for three and a half years.

Navalny as a martyr

So far, the Kremlin had avoided locking Navalny in custody for long; they did not want to make a martyr out of him. Now the signs have changed: Navalny is now seen as an enemy who must be humiliated, smashed, punished, says policy expert Stanovaya.

In the state media and by the Kremlin, since his poisoning, he has been portrayed either as “nobody” or as an agent controlled by Western services – so the image of Nawalny will hardly apply to many people who obtain information primarily from state television and other state media to change.

The  44-year-old only has one thing left in this situation: He has to mobilize his supporters. Navalny has now done so with the video call after his conviction: On Saturday, January 23, his offices want to organize demonstrations across the country. It is another declaration of war on the regime, Navalny will not let up, even if he is in custody.

How many people will join him is questionable. Parliament had recently tightened numerous laws: Not only was freedom of expression further restricted, it also made demonstrations almost impossible.

The  price of expressing one’s opinion publicly on the streets of Russia is getting higher and higher.

The blast for fans! Metro multiplayer game is under development

US whistleblower Snowden has become a father

Police – Stuttgart – 613 police officers from the southwest so...

From playing cards to the amusement park | DiePresse.com 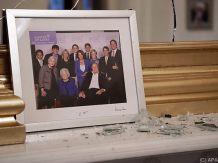 Salma Hayek had to cry during a sex scene with Antonio...