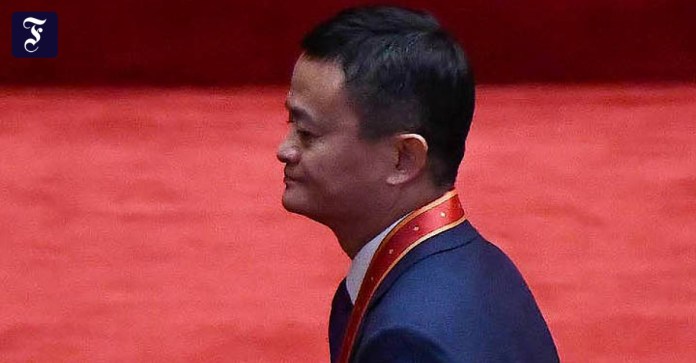 N Of course he could have Corona. Or finally go on vacation. But the world suspects that China’s richest billionaire is feeling the repression of the regime.

After all, Alibaba founder Jack Ma messed with the system in which he amassed his billions. And that is extremely dangerous in today’s China, as the arrest of the once celebrated Trade Minister Bo Xilai years ago showed.

Because Ma is not the global citizen he appeared as in Davos or Washington and promoted himself, Alibaba and China. He is a citizen of the People’s Republic under its dictator Xi Jinping.

The -mere assumption that Ma will now, like unpleasant managers and politicians, first be taken out of the picture and then taken into the mangle, says a lot about China these days: If Beijing has indeed made self-made Ma disappear, this would speak for them Strength of Xi and his apparatus.

At the same time, however, an attack on Ma also illustrated the fear of those in power even from gentle critics. But if Ma has only taken a break and appears again in the next few days, the false fears speak for the reputation that the oppressive state has earned: As in the case of Russia, even the most incredible rumors could be true.

This is how Great Britain looks at the situation in Germany

Werder Bremen: injured! That’s why Josh Sargent was missing against...

After a long dispute: EU agrees on budget and corona package

These are the best offers for the finale

Max Ullmann is Rapidler of the year 2020