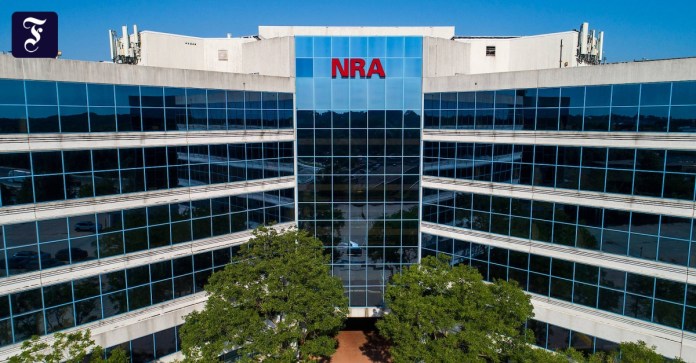 WITHIn order to avert legal proceedings, the powerful American gun lobby has filed for bankruptcy.  The  National Rifle Association and one of its subsidiaries filed for bankruptcy protection in a bankruptcy court in Dallas, Texas, its boss Wayne LaPierre announced in an email to NRA members on Saturday. This should ensure that the organization remains “free from the politically toxic environment in New York”.

The  state of New York opened a case against the NRA, its boss and three other high-ranking NRA officials in August.

The y allegedly embezzled membership fees of the organization and donations for personal expenses.

The  New York prosecutor Letitia James, who is a member of the Democratic Party, had denied political motives for the process and at the same time admitted that it could lead to the dissolution of the NRA.

The  NRA now wants to move from its founding place New York to Texas.

The  lobby organization has represented gun owners in America for decades and is resolutely against any restriction on the sale and possession of guns.

The  organization also exerts its influence by providing material support to politicians who support NRA positions.

LaPierre has headed the organization for around 30 years. According to internal documents circulating on the Internet, he is said to be living a luxury life with travel to the Bahamas and Italy and other amenities at NRA expense.

The  New York City Attorney’s Office accuses LaPierre and his accomplices of causing losses of $ 64 million in three years.

The  bankruptcy process protects the NRA not only from claims by creditors, but also from legal proceedings. Despite the bankruptcy filing, the lobby organization says it does not want to make any major changes to its activities or staff. “

The  NRA is not broke, does not cease operations and is not insolvent,” LaPierre clarified.

Prosecutor James stated on the NRA’s bankruptcy filing that she would “not allow the NRA to use this or any other tactic to evade its responsibility and my authority’s oversight.”

The Ark in Frankfurt: The discovery of motivation

Because hairdressers are not allowed to cut without a health certificate:...

Golden Globes Association promises 13 percent of the jury for blacks