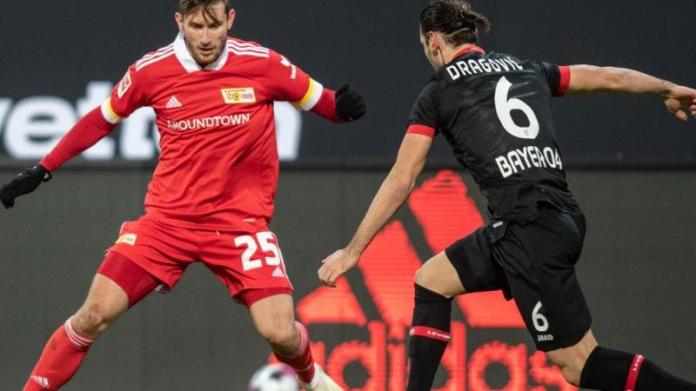 The  German national soccer player Nadiem Amiri from Bayer Leverkusen was insulted during the game at 1. FC Union Berlin, according to his team-mate Jonathan Tah. “

The re were discussions, and then the term” shitty Afghan “came up,” said Tah on Friday evening after the 0-1 in the Bundesliga at the capital club at DAZN. “I want to say that here with all clarity that this does not belong here.”

The  statement on the pitch was “the bitterest thing about the whole evening,” said defender Tah. “It doesn’t work like that, I hope that somehow it has consequences.” It is very bitter that Amiri was “insulted” because of the origin of his parents.

Union press spokesman Christian Arbeit made it clear at the press conference that Union is fundamentally against racism. I apologize for that. Berlin coach Urs Fischer tried to calm the angry Amiri on the field. If Amiri was insulted, he apologized for it, emphasized the Swiss. He didn’t notice it himself, just something from “hearsay,” said Fischer. He heard that words were said on both sides that “have no place on the football field”.

After the final whistle of the game, it could be seen that there were discussions between the players from Berlin and Leverkusen on the field. Amiri’s team-mate Kerem Demirbay said he didn’t want to comment on the scene out of respect for his opponents: “What is on the pitch stays on the pitch.” Bayer coach Peter Bosz said that something like this should never happen on a football pitch.

The Republicans are rehearsing the uprising

Subscribe now: Because Germany is more than Berlin: Rest of the...