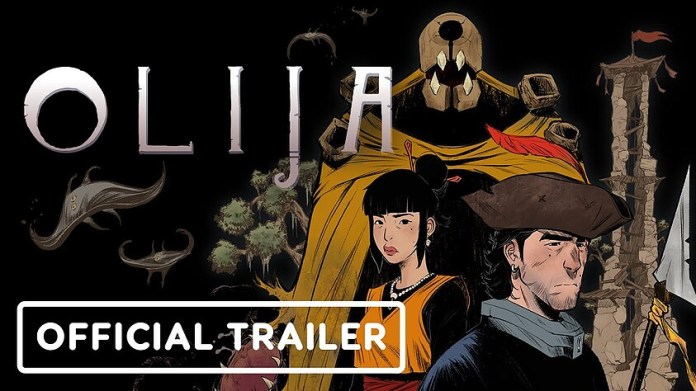 The  soon to be released pixel action adventure “Olija” is now shown in an animated trailer. It starts soon.

Publisher Devolver Digital and developer Skeleton Crew have released a nice animated trailer for the pixel action adventure “Olija”, which will be released on January 28, 2021 for PC (Steam), Xbox One, PlayStation 4 and Nintendo Switch. It says: “Olija is a game about the quest of Faraday, a man who was shipwrecked and then captured in the mysterious land of Terraphage. Armed with a legendary harpoon, he and other castaways try to leave this hostile country and return to their homeland to return.”

It is added: “Through adventurous explorations, storytelling and razor-sharp fights, the player discovers a strange world and its inhabitants, including Olija, an enigmatic lady to whom Faraday is bound over time. Olija is inspired by daring tales and cinematic adventure games a story about meeting the unknown in need. ”

The new version now also serves as a contact diary

Perfumery chain Douglas plans to close up to 500 branches in...

Norbert Haug about Mercedes: “The other one is the favorite

After 42 criminal charges: Attila Hildmann is only being investigated in...

Metformin: THE diabetes drug can protect against corona death