Assassin’s Creed Valhalla has been on the market for a while and is still very popular.  The  Viking epic is also supplied with new content by Ubisoft.

The  Christmas update with the festival of Saturnalia, for example, was not only coherent, but also nicely worked out.

The  game is far from buggy and there are some bugs that are still waiting for improvement. Ubisoft has now announced that the upcoming update will fix some things. Among other things, there is a fix for an animation glitch on the faces of the characters in Assassin’s Creed Valhalla. 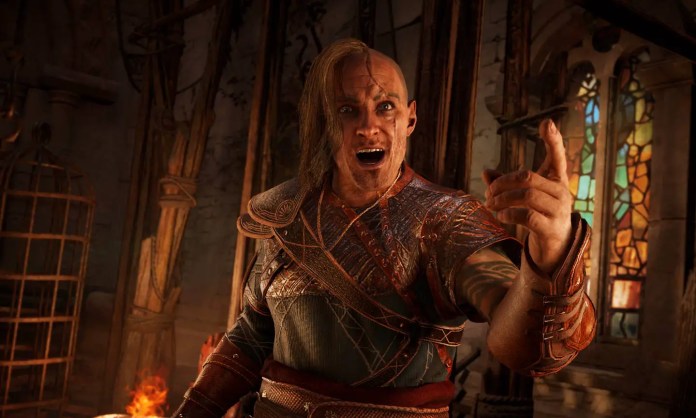 If you own the game and play it, you will know the problems that one constantly encounters. Ubisoft is trying to improve the game and also to address various bugs.

The  last major update brought more Quality of Life improvements. In other words, really serious malfunctions and errors were fixed. Save files that were deleted, NPCs who attacked for no reason and things that influenced the normal course of the game. However, AC Valhalla has some very strange bugs in the animations.

The se should now be remedied.

Too often there is an animation glitch in the faces of the characters in Valhalla and this problem is now being fixed.

The  characters’ faces pull strange grimaces, stare wide-eyed into space or simply fall out of sync. This means that the lip movement no longer matches the audio being played. If things like that don’t affect the flow of the game, they disrupt the experience. You don’t feel so “immersed” in the world. Ubisoft promised improvement with the upcoming updates.

Ubisoft still has a lot to do

This is by far not all bugs and glitches waiting for a fix in Valhalla.

The re are still a few reported bugs that have yet to be researched and Ubisoft plans to adopt them one at a time. While it is commendable to give every mistake its time to actually fix it, there is a lot to do in Assassin’s Creed: Valhalla. How long it will take to eradicate everything is unclear.

The  only thing that is certain is that Ubisoft does not intend to ignore the players.

What Joe Biden plans to do with Germany

Leverkusens Bender: “Total overexploitation of our bodies” – Other professionals plagued

Biontech wants to deliver more corona vaccine to the EU –...

Onset of winter in Florida: warning of iguanas raining from the...

According to the study, Bitcoin needs more electricity than all of...