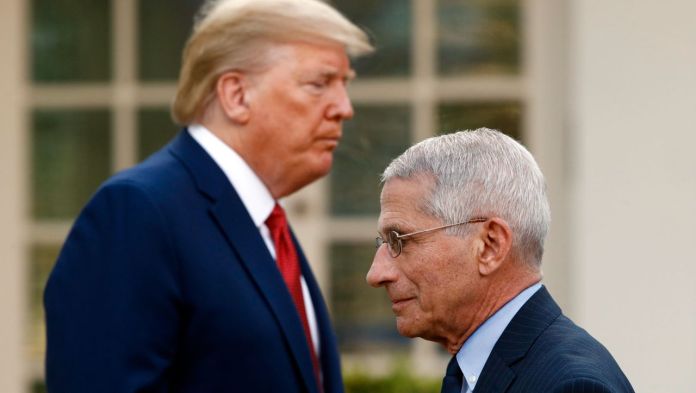 Both had clashed again and again, but Fauci himself never thought about quitting the job. “I thought that if I go there would be a gap,” Fauci told the New York Times.  The re had to be someone on the team who dared to address unpleasant truths.

“Some of the White House staff tried to downplay the situation and have a nice chat about how everything was basically fine,” said Fauci. He himself then regularly pointed out the seriousness of the situation. “So there was this joke, a friendly joke that said I was the skunk at the picnic.”

With Trump’s departure as President, Fauci’s work in the orbit of the White House is not yet over. He will continue as a scientific advisor under new President Joe Biden. Another prominent member of the Trump task force, however, is leaving soon: the doctor Deborah Birx. She, too, had recently spoken out about her own experiences in the power center.

On the US broadcaster CBS, she explained that some there had described the corona pandemic as a “hoax” and thus slowed down a consistent reaction. She did not specifically mention the president himself, who had actually played down the dangers of the virus again and again. Her allusions were so concrete – among other things, she spoke of unhelpful “statements by political leaders” – that it should be clear who she meant.

Anthony Fauci was more diplomatic in an interview with the New York Times. So he evaded the question of whether Trump was responsible for tens of thousands or even hundreds of thousands of deaths: “I get asked that all the time. But such a direct connection would be judgmental. I stay away from that, I’m sorry. ”