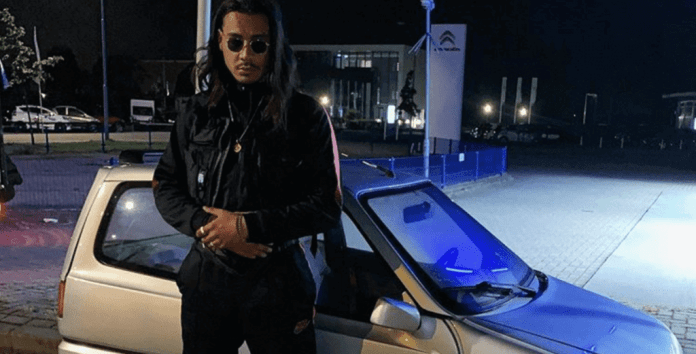 He was gone for months, came back with a big announcement and delivered absolutely everything – with his new single “ Angst” and the accompanying New Year’s Eve show, Apache 207 has once again shaved everything and proved that his hype lasts much longer than many would have thought it would .

In less than a day, both videos were viewed more than 1.5 million times. And that on a day when traditionally there is less going on on the Internet. How dominant Apache 207 is despite strong competition can basically be determined by two numbers: 1 and 2. These are the two positions that his videos currently have in the YouTube trends. Hardly anyone can do that.

As you know it from your songs, the content is often much more available than you might think at first. For example, he explained, a little bit covertly, that he had signed a deal for 10 million euros this year.

And the numbers aren’t the only information conveyed through the song and video. Because apart from that, Apache 207 also seems to have hinted that he became a father. There’s a not really subtle allusion in the music video as he is holding a baby and pushing a stroller in the clip.

It could be that Apache likes to play with imagery and thereby wanted to symbolize something other than a child. There is also a text passage at the beginning and at the end of the track that supports this theory. The use of the word “baby” also stands out quite obviously:

“I’m lying next to you, like every night
And kiss your eyes to sleep
Hoping that you will sleep soundly
And don’t ask any questions
Because there is far too much to do out there
But my baby has nothing to do with that
Smell your silky soft hair again “

Until he makes the matter more specific or confirms it, we unfortunately don’t know anything more precise. But if these assumptions are correct, we of course congratulate the rapper.

Here you can hear the track

After a stag appearance, Altachs Pastoor was allowed to cheer again

Football from the top leagues – Real embarrassed themselves in the...

“Kid of the Year” – She doesn’t rave about Ariana Grande...