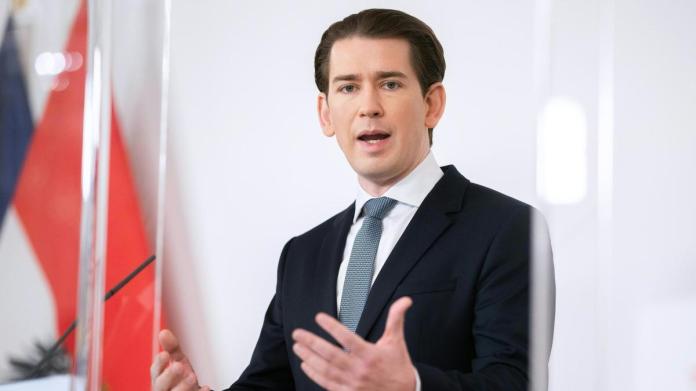 Austria’s Chancellor Sebastian Kurz announced on Sunday that the corona lockdown would be extended by at least two more weeks. However, ski slopes and ice rinks remain open.

IIn Austria, the corona lockdown will be extended by at least another two weeks. Chancellor Sebastian Kurz justified this in Vienna on Sunday by saying that more contagious mutations of the virus had now also arrived in Austria.

The  situation has worsened again significantly.

The  goal is now to reopen trade and museums under strict security precautions from February 8th. Service companies such as hairdressers should then be allowed to work again.

However, the daily reported new infections should decrease significantly, added Kurz. So long, exit restrictions and distance learning schools remained in place. However, the ski slopes and ice rinks are still open.

Originally, easing was planned for January 25th. However, due to the new virus mutation discovered in the UK, experts had warned against opening too early. According to initial findings, the contagious virus variant B.1.1.7 is already relatively widespread in Austria. Health Minister Rudolf Anschober said the virus would demand a lot from the Austrians in the next ten weeks. “It will be the most difficult phase of the pandemic.”

Almost three weeks after the start of the latest hard lockdown, the number of new infections on Sunday was 1267.

The  seven-day incidence – the number of new infections per 100,000 inhabitants – had recently leveled off between 130 and 150. In Germany, this number was 136 on Sunday. Kurz stated as a target value that by the end of the lockdown there should only be 600 to 700 new infections per day – an incidence of around 50.

Since the beginning of the pandemic, more than 7,000 people have died of or with Covid-19 in Austria with its almost nine million inhabitants. Briefly, however, she was convinced that vaccinations in summer would return to normal life.

The  safety distance that people in Austria should keep has been extended from one to two meters. In the future – as in Bavaria – FFP2 masks will have to be worn in shops and public transport.

The  masks are to be made available to low-income groups free of charge.

The  government also appealed to companies to let employees work from home whenever possible. However, there is no obligation to work from home – as demanded by experts.

In mid-February, it was planned to reassess the situation for restaurants, hotels and event organizers, Kurz said. An opening is possible in March at the earliest.

The  announcement of the new measures came one day after a large demonstration against the corona regulations.

On Saturday, around 10,000 people protested in Vienna against plans to contain the pandemic. Distance rules and mask requirements were largely ignored, according to the police. A total of 23 people were arrested. New stop: Corona test bus will also stop at Froschberg from next week

Price war goes into the next round with a new cut

Lufthansa is hoping for vacationers in the summer: there is a risk of overcapacity

Chrome 89 with a new security feature

Key figure of the Ibiza affair arrested in Berlin – BZ...

Covid vaccination in Switzerland – SRF users on the corona vaccination:...

FBI on Biden swearing in: “We are concerned about the potential...