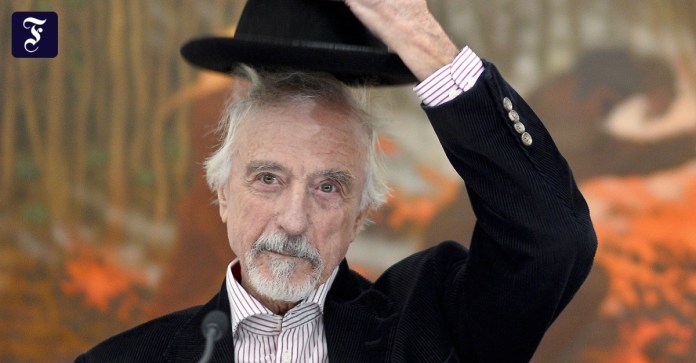 The  Austrian universal artist Arik Brauer has died at the age of 92. He was one of the main representatives of the Vienna School of Fantastic Realism and was a co-founder of Austropop.

Dhe Austrian universal artist Arik Brauer died on Sunday evening at the age of 92 with his family. This was announced by his family to the Austrian news agency APA.

The  Jewish artist was a painter, graphic artist, set designer and singer. He is one of the main representatives of the Vienna School of Fantastic Realism and, as a singer, was also a co-founder of Austropop. His large, colorful oil paintings hang in many museums around the world.

Austria’s Federal President Alexander Van der Bellen praised Brauer as an exceptional artist. Growing up with the experience of anti-Semitism, persecution and murder during the Nazi regime, Brauer had become a “critical citizen” and raised his voice for freedom, democracy and solidarity “.

This week, Jews around the world celebrate the traditional Seder festival. And the Viennese painter Arik Brauer has created new pictures for it. It is the self-understanding of a skeptic.

Finally! Sophia Thiel introduces her new boyfriend to the fans

The latest Bansky picture on house wall in Bristol

Lilian Thuram on Marcus’s spit attack: “I asked if that was...

Another student protest against Erdogan’s appointment as rector

“I’m always okay with one point”: BVB stumbles, but Favre is...

This is how the Gladbach professionals experienced the Rose-Aus

More Galaxy phones on the line: Android 11 update is rolling...