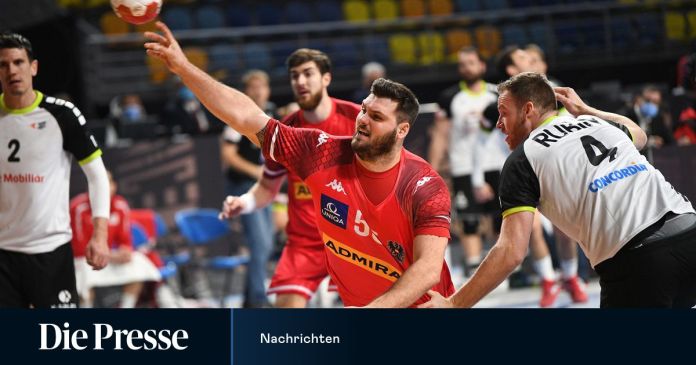 After the defeat at the start against successor Switzerland, Austria’s handball players need a miracle for promotion to the main round, for which there are no signs.  The  prominent failures weigh too heavily.

Austria’s national handball team lost the first game of the World Cup in Egypt against Switzerland with 25:28 (13:13). Austria’s fate seems to be sealed after just 60 minutes at this final round. Because for promotion to the main round, the group must be completed in the top three, but the other opponents in the preliminary round should be France (Saturday, 6 p.m., live ORF 1) and Norway (Monday, 8.30 p.m., live ORF Sport Plus) be out of reach.

The  game against Switzerland should actually have taken place against the USA, but less than 48 hours before the start of the tournament, the Americans had to cancel due to 18 positive corona cases in the team. In handball, the USA belongs to the exotic category, which is why Austria would have been the clear favorite in this duel. Switzerland, on the other hand, is a different caliber, was at least 16th in the most recent Euro 2020 and was a far greater challenge, led by world-class backcourt Andy Schmid.

After half time at eye level (13:13) the higher quality of Switzerland ultimately prevailed, Austria lacked punch and ideas in attack, aggressiveness and compactness in defense.

The  two goalkeepers, Thomas Bauer and Thomas Eichberger, were stingy with much-needed parades that evening.

Not to be compensated

A major reason for the difference in quality was the lack of domestic performers, above all Nikola Bilyk, Janko Božović (both injured) and Fabian Posch (health concerns). This trio was responsible for 101 goals at the European Championship finals a year ago and was a key success factor in the Austrian game. Team boss Aleš Pajovič’s idea of ​​being able to compensate for the serious losses as a team remained wishful thinking.

Austria has soared to new heights with the best line-up at the home European Championship twelve months ago with eighth place, but without its best players who can make the difference, many teams quickly sink into mediocrity. It’s not a shame, it’s a fact. Austria’s selection is no exception in this regard.

If the two games against the great handball powers France and Norway are lost, as expected, and the ÖHB team occupy the last place in the group, you will play for places 25 to 32 in the President’s Cup fight. Now we have to show character. ”

“Hard but fair”: District Administrator etches: “Operationally you have no idea”

BZ explains why this traffic sign hangs SO high! –...

Nasty rip-off! These are the tricks that scammers use to... 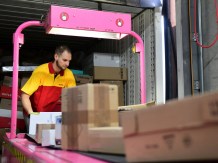 You need to know that now