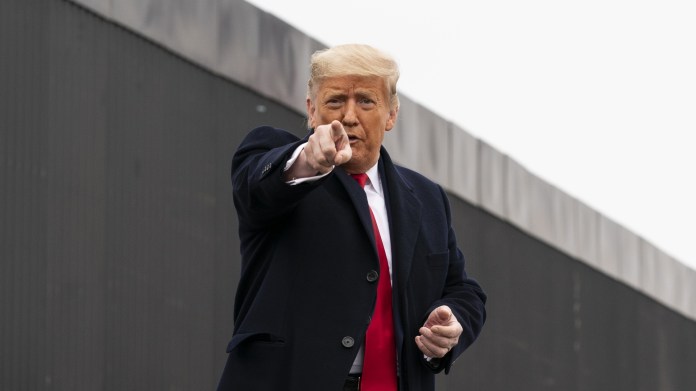 The Democrats want to vote for impeachment against Trump later in the day. They get support from a few Republicans, one of whom is a prominent name. But they cannot rely on the help of Vice President Pence.

After Donald Trump’s supporters storm the Capitol, more Republicans move away from the elected US president. Some of them announced that they would vote with the Democrats for his impeachment.

Liz Cheney, Republican MP and daughter of former Vice President Dick Cheney said, “There has never been a major betrayal by a President of the United States.”

She referred to the oath that presidents must swear on the constitution. Trump had fueled the pack to storm parliament. “I will be voting to remove the president from office,” said Cheney, who is a Republican leader in the House of Representatives.

The Republicans John Katko and Adam Kinzinger had previously announced that they would vote for impeachment. The television station CNN reported, citing Republican sources, that in the end up to 20 MPs from the party could go along.

Because the Democrats in the House of Representatives have the majority of the MPs, it is considered certain that this chamber will vote for the impeachment.

Two-thirds majority in the Senate required

A decision in impeachment proceedings is made in the Senate, the other Congress Chamber. A two-thirds majority would be needed there to actually condemn Trump in the end. To do this, well over a dozen Republican senators would have to side with the Democrats. Individual Republicans in the Senate have openly opposed Trump, but have not yet said yes to impeachment.

The Democratic chairman of the House Intelligence Committee, Adam Schiff, told CNN there could be a possible political “earthquake” in the Senate that could result in a majority for Trump’s impeachment.

Schiff was referring to a report in the New York Times, according to which the leading Republican in the Senate, Mitch McConnell, is said to have internally indicated that he considered the charges against Trump to be justified.

Citing unspecified sources from McConnell’s circle, the newspaper wrote that McConnell was glad that the Democrats had initiated an impeachment process because it could make it easier for the Republican Party to break away from Trump.

The Democrats’ impeachment efforts are also about banning Trump from future government offices if possible. This would deny him a possible presidential candidacy in 2024.

However, they have to do without the help of Vice President Mike Pence. It is true that the Democrats, with their majority in the House of Representatives, passed a resolution calling on Pence to declare Trump incapable of office with a majority of important cabinet members under the 25th Amendment.

But Pence had previously refused to take such a step. It is therefore to be expected that the House of Representatives will initiate an impeachment against Trump on Wednesday – and thus fall back on the constitutionally second option of removing a president from office.

Trump, meanwhile, defended his speech before supporters rushed to the Capitol as “perfectly appropriate”. He not only denied responsibility for the storming of the Capitol, but also accused the Democrats of impeaching the country as dangerous and causing “enormous anger”. “It’s a terrible thing they are doing,” said Trump. At the same time he assured: “We do not want violence. Never violence.”

Volkswagen has to pay millions in taxes after voluntary disclosure

Friedrich Merz: Why he wants to go to the Bundestag –...

Handball World Cup: Mission Egypt is almost over for Austria

Can people who have been vaccinated still transmit the virus?