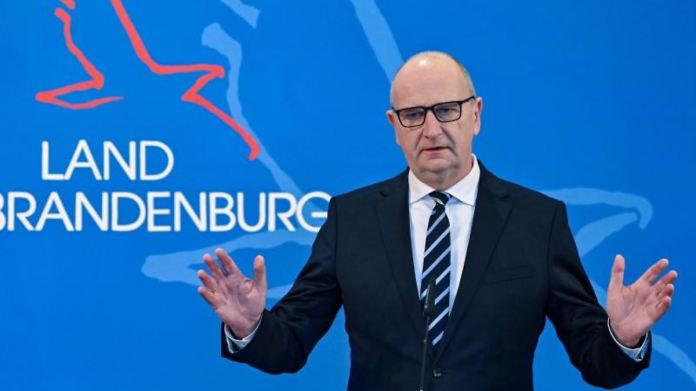 Berlin / Potsdam (dpa / bb) – After the agreement between the federal and state governments on the extended corona restrictions, the state government and municipalities in Brandenburg discussed this on Wednesday. Economics Minister Jörg Steinbach (SPD) said that in the economic committee of the state parliament. Prime Minister Dietmar Woidke (SPD) announced after the deliberations that the current restrictions would be extended up to and including February 14th. “By expanding the home office, the contacts are to be further reduced,” said Woidke on Tuesday evening. Because of virus mutations, protection against infection should be reinforced with medical masks.

Woidke wants to inform the state parliament on Wednesday in a special session.

The  State Chancellery announced on Twitter that the cabinet will probably meet on Thursday.

The  heads of government of the federal and state levels had decided that better protective masks, i.e. surgical masks, FFP2 masks or KN95 masks, would be mandatory on public buses and trains as well as in shops. Daycare centers and schools are to remain closed until February 14th or the mandatory attendance will be suspended. In Brandenburg there have been exceptions for final classes and special needs schools. Employers must also make it possible to work from home where possible.

Out of Germany? Mirja du Mont wants to completely change...

Memorial affair: the snotty appearance of the Berlin Senator for Culture

Unplayable! Cyberpunk 2077 gamers get their money back – games