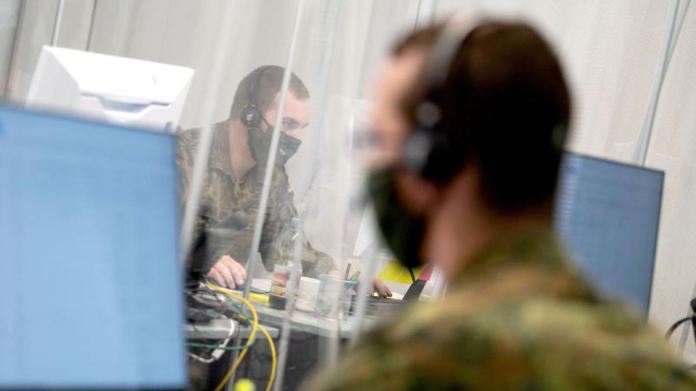 Berlin (dpa / bb) – Around 1050 Bundeswehr soldiers are deployed in Berlin to provide help during the corona pandemic. This was announced by the Bundeswehr Territorial Tasks Command in Berlin upon request. “Among other things, you perform tasks relating to tracking contacts, the Corona hotline, supporting the care facilities, operating the vaccination centers and mobile vaccination teams and the vaccination hotline,” explained a spokesman.

In the Berlin nursing homes alone, around 350 soldiers are deployed to perform rapid corona tests, among other things. Last but not least, soldiers in the districts help with tracking down contacts. When it comes to the size, there are considerable differences depending on the health department, as a survey by the German Press Agency showed. In Spandau, for example, there are 20, in mid-30, in Tempelhof-Schöneberg 46, in Friedrichshain-Kreuzberg and Treptow-Köpenick none at all.

That is now the case in Germany

Clinics in the Corona crisis: “The loss of staff is sometimes... Press comments on the Abu Dhabi Grand Prix about Vettel Crime – Berlin – Senator of the Interior wants to regulate...

S2F creator PlanB: Bitcoin has not yet reached the “point of...