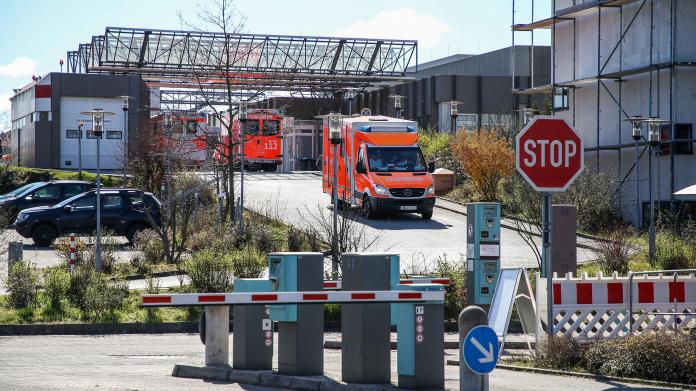 The  dreaded British corona mutation is apparently spreading in a Berlin hospital.

The  clinic imposed a freeze on admission in consultation with the health department. “Emergencies are taken to other hospitals, new inpatients as well as outpatients are no longer admitted,” explained Vivantes on his website. “This also applies to women giving birth and visitors,” the clinic said. Employees are in “shuttle quarantine”. Since midnight, they have only been allowed to drive back and forth between their home and their place of work in order to keep the clinic running. What relatives of patients say about the hospital in quarantine – in the video.

None of the infections can be explained by a trip

On Thursday, the Vivantes Humboldt Clinic announced that the SARS-CoV2 variant of type B.1.1.7 had been found in eleven people on a ward. As the health department announced on Saturday evening, the mutant was found in 20 people.

The  Humboldt-Klinikum is located in the Reinickendorf district of Berlin, in the north of the capital.

In none of the cases could the infection be explained by a trip. According to the Robert Koch Institute, there is further evidence outside of the clinic in Berlin. Has the mutation spread there unnoticed? Vivantes supported the official measures with all means, “so that the virus variant B.1.1.7. Identified in the last few days in the Vivantes Humboldt-Klinikum does not spread any further in Berlin and is contained,” said the RTL clinic. An exception to the ban on visits therefore applies to relatives of dying patients.

The  Vivantes Humboldt Clinic said it had carried out routine tests in which the British corona variant was detected in patients and caregivers. According to Vivantes, the ward in the Clinic for Internal Medicine and Cardiology was first suspended from admission. Those affected were isolated. This was to prevent the mutation from spreading further in the clinic. Since the weekend, the entire hospital has been under admission freeze and the staff under pending quarantine.

The  responsible health department is involved, it said on the clinic operator’s website.

So far in Germany hardly any tests have been carried out to determine which variant of the virus people are infected with – unlike in Great Britain, for example, where the particularly contagious mutation was first identified. That should change now. So on Thursday, the British mutation of the coronavirus was detected in four cases in the Dithmarschen district by the Berlin Charité. 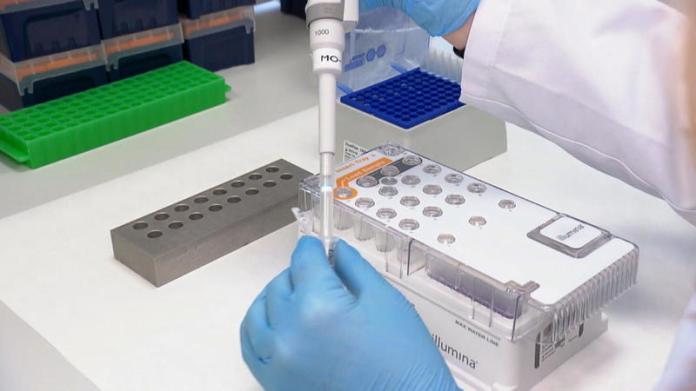 Vivantes wants to check all positive cases for mutations

Vivantes explained that the Berlin clinic had been specifically searched for the mutation to determine whether the mutation was spreading in Berlin.

The  samples from employees and patients who were found to have a corona infection would now be gradually tested for the British variant.

Cases of variant B.1.1.7 were also discovered in other federal states, as the Robert Koch Institute announced. According to a spokeswoman, 28 cases were reported from seven federal states (as of January 21, 12 a.m.). Because the virus samples are now being examined more closely in many places, these numbers could also increase significantly in the near future.

Escalation of violence in Washington – Swiss Trump fans in need...

Johannes happy after engagement: will Jessica soon be called Haller?

After incidents in the KSK: Kramp-Karrenbauer examines legal steps