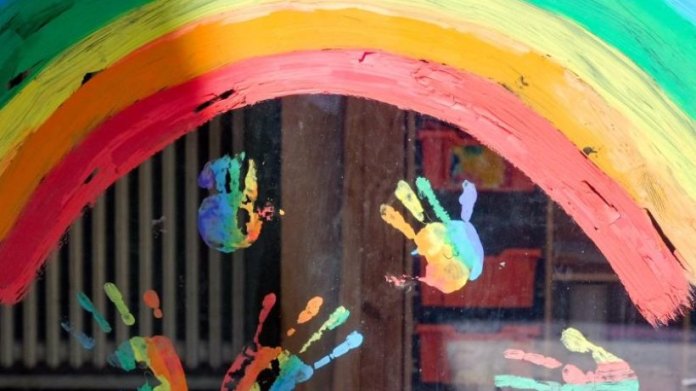 Berlin daycare centers are well filled in the corona lockdown – although they are actually only supposed to offer emergency care for children in individual cases. The Verdi union pointed this out on Wednesday. According to her, the occupancy rate in the in-house daycare centers is 43 percent, and 63 percent utilization is expected for the coming week.

The risk for Berlin educators to contract Corona is increasing dramatically, said the Verdi regional district manager Andrea Kühnemann. There could be no question of emergency care only for extremely urgent cases, which the Senate is talking about.

“We expect the Senate to finally clarify which regulation is valid in Berlin: emergency care for extremely urgent cases, system-relevant professions or two-thirds workload,” said Kühnemann. “The Senate has to decide. It owes that to children, parents and teachers.”

According to the education administration, the facilities, which not only belong to their own businesses, have currently reported that 31 percent of daycare children are being looked after. A need for care had been announced for a further 10 percent.

A spokeswoman reaffirmed the Senate’s goal that there are as few children as possible in daycare centers during the lockdown. So far, the institutions could regulate this individually with the parents; this procedure was also her wish. But one is constantly in discussion with the daycare providers as to whether the situation might need to be reassessed.

During the lockdown in spring, a list of systemically relevant professions was used to define who was allowed to send their child to daycare and who was not. There is currently no such list.

Was Messi’s line-up in the Supercopa final a mistake?

For every euro of wind power subsidy, more than 1.6 euros...

The HONOR Christmas gifts 2020 offer trendy products at discounts of...

A rencontre, a cracked series and a “slap in the face”...