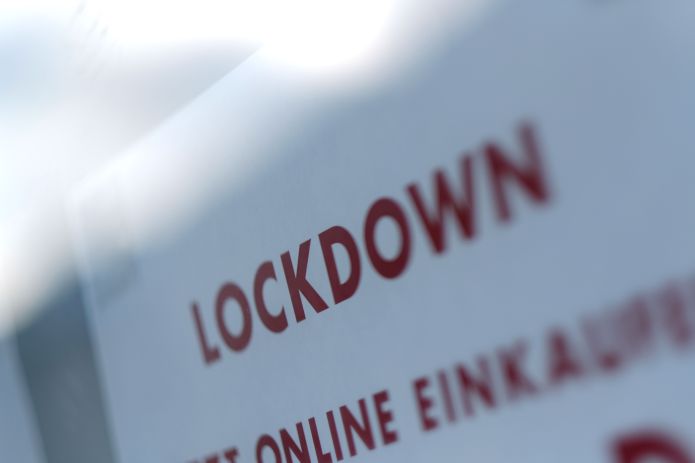 The -corona pandemic ensures that the new year begins the way the old one ends: with numbers well beyond the targeted 50 new infections per 100,000 inhabitants, with worryingly full intensive care units in hospitals and with a vaccine that is not initially in the announced quantities is available. So many eyes are on Tuesday, when Chancellor Angela Merkel (CDU) consults with the 16 prime ministers about how to proceed in the crisis.

The -tendency is unanimous: the hard lockdown, which will initially apply until January 10th, should be extended by at least one week until January 17th.

This means that there is still an upper limit of five people from two households for private meetings, not including children up to 14 years of age. In addition, many shops, hairdressers and cosmetic studios will remain closed, face-to-face teaching will be suspended at schools, and daycare centers will remain closed with the exception of a few emergency care facilities. Employers are required to offer home offices wherever possible.

According to reports, Lothar Wieler from the Robert Koch Institute, Michael Meyer-Hermann from the Helmholtz Center for Infection Research in Braunschweig, and the physicist Viola Priesemann from the Max Planck Institute for Dynamics and Self-Organization in Göttingen are for the meeting on Tuesday at the Chancellor’s as well as Charité CEO Heyo Kroemer and chief virologist Christian Drosten.

In view of so much professional expertise, the Prime Ministers explored the political leeway in switching conferences on Saturday. For example, neither Lower Saxony’s Stephan Weil (SPD) nor Bodo Ramelow ( Left) from Thuringia saw any reason to give the all-clear. In the near future, the “primary goal must be to reduce the number of infections and thus relieve the burden on the health system,” Ramelow told the newspaper Welt am Sonntag. As is so often the case, Bavaria’s Prime Minister Markus Söder was particularly brisk. “

The -lockdown has to be extended until the end of January. Premature loosening would throw us back a long way, ”said the CSU politician.

Also read: “A bit of Sars is a must”: Corona deniers dance across Alexanderplatz without any distance

The -situation in schools is already in the foreground in a video conference this Monday – also because the number of infections remains very different from region to region. Even before these talks, Hamburg’s Mayor Peter Tschentscher (SPD) said that he wanted to “discuss how schools are dealt with”. This means that the Hanseatic city does not want to come to terms with an extension of the closings without further ado. There were similar tones from Bremen.

Berlin, on the other hand, with a holiday-related low incidence of only around 130 new infections per 100,000 inhabitants, believes, according to Education Senator Sandra Scheeres (SPD), face-to-face teaching in schools even after January 10th is not responsible. Instead, the “school-guided learning at home” (saLzH) program is to be extended to at least January 17th. There are exceptions for grades 10, 11 and 12 at grammar schools, grades 9, 10, 12 and 13 at the integrated secondary schools and for classes from vocational schools, as the education administration said on Sunday.

This fits in with the report from Scheeres administration that more than 20,800 new tablets were delivered to schools in the last month of last year. This should enable socially disadvantaged schoolchildren in particular to take part in the saLzH program, it said.

But that is one of the few positive reports. For example, the German Retail Association (HDE) fears that tens of thousands of businesses will end due to a longer lockdown.

At the weekend, HDE managing director Stefan Genth wrote to the Chancellor with a request for a top-level discussion. “ We are finally calling for targeted and effective economic aid and a perspective for the companies affected by the closings,” the news agency dpa quotes from it. There is a threat of the end of up to 50,000 stores with a total of more than 250,000 employees.

The -longer it takes, the more companies come to the limits of their possibilities, the more will go bankrupt,” he told the Augsburger Allgemeine. Nevertheless, Fratzscher believes an extension of the lockdown is right. “ Economic easing now may benefit some in the short term, but it would harm everyone in the long term.”

Proceedings against former employees of the Swiss subsidiary ended.