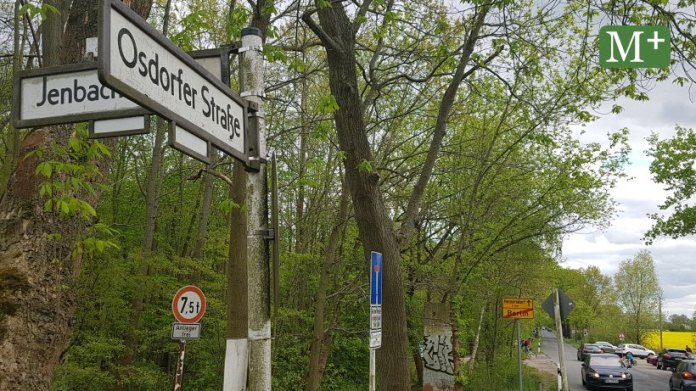 After new lines have been laid on the Brandenburg side, the Berlin side continues. Alte Allee is to become a cycle path.

Berlin. From next Monday on, Osdorfer Straße in Lichterfelde will be partially closed, and drivers should expect delays. On January 11th, Berliner Wasserbetriebe put a changing traffic light into operation, which regulates traffic on the Berlin side up to the Brandenburg border.

By the summer, two new sewage pressure pipes will be laid in eight construction phases on a 300-meter-long section.

The -traffic is guided over a single-lane temporary carriageway. Drivers have to expect waiting times at the traffic lights to let oncoming traffic through.

The -line work should be finished by summer. Then it is planned to convert Osdorfer Straße on the Brandenburg side into a cycle path. A new road is being built next to the avenue in the field.

Construction site was set up in December

The -water company has been operating on Osdorfer Strasse for six months, but so far on the Brandenburg side. Since the summer, new sewage pipes have been laid in the field on the western side of Osdorfer Straße from the state border to Gutshof Heinersdorf. Work is now continuing on both sides of the national border. “ From the estate it goes three kilometers across the field to Birkenhain,” explains Stephan Natz, spokesman for Berliner Wasserbetriebe. Nobody would be disturbed by this work.

On the Berlin side, however, the Jenbacher Weg at the state border only continues in very small steps.

The -lines will be laid on the eastern side of Osdorfer Straße, but the construction site will keep jumping from one side of the street to the other.

The -construction site was set up in December. At this point in time, there were already partial closures of Osdorfer Strasse due to tree felling and the construction of the makeshift lane, and the changing lights were already in operation for a short time.

The -water company wants to have completed all work around Osdorfer Straße by the end of the year. This also includes compensation planting after the new lines have been laid.

The -focus of the accident is to be defused

After completion of the work, the community of Großbeeren ( Teltow-Fläming) is planning a new Osdorfer Straße in its area, the old one will then become a cycle path. For years it has been discussed how this accident black spot can be defused without having to fell the trees along the road.

The -solution: a new roadway is being built in the field right next to the avenue.

The -old road between the trees is now just a bike path.

Osdorfer Strasse is only five meters wide on this 1.5-kilometer section. Because it is so narrow that drivers have difficulty getting past each other, it is already closed to trucks. In addition, the speed was reduced to 50 kilometers per hour.

There is absolutely no trail for cyclists. You have to share the narrow lane with the drivers.

The -infrastructure and project development company (IPG) in Potsdam has taken on the coordination and planning for the new construction of Osdorfer Straße on behalf of the municipality of Großbeeren.

11,000 vehicles per day on Osdorfer Strasse

Osdorfer Strasse is a municipal road on the Brandenburg side. Up to 1,000 vehicles are counted there every hour, almost 11,000 every day.

The -new road and the converted cycle path will cost four million euros.

The -community of Großbeeren has applied for funding for this.

The -new street, which is being built parallel to the old one on the field of the Berlin city estates, will be seven meters wide. There is one lane in each direction. However, the old carriageway will not be retained for the cyclists in its entire width of five meters. It will be reduced to three meters. Construction is to begin after the work of Berliner Wasserbetriebe is completed.

Criticism of FC Bayern: exchange of blows between Hansi Flick and...

The majority of RMA readers are in favor of stopping vaccinations 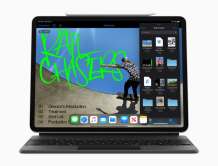 New models in 2021 with OLED displays

Clinics overloaded: Brandenburg wants to give patients to the Berlin emergency...