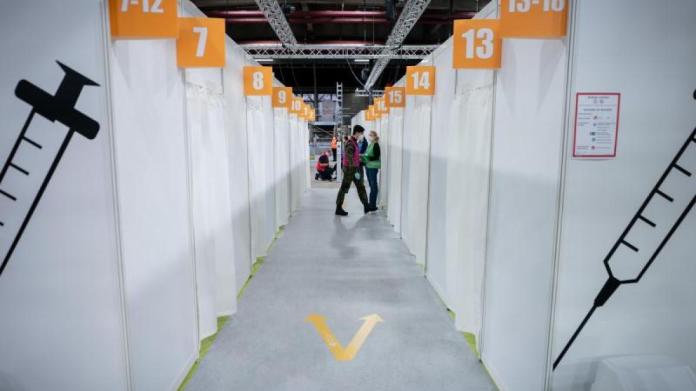 The  second vaccination center goes into operation in Berlin. But protection against the coronavirus is not necessarily advancing at a rapid pace. Those responsible see a reason for this above all.

Berlin (dpa / bb) – In Berlin, since Thursday, more people have been vaccinated against the corona virus – however, vaccination in the capital is still only progressing at a slowed pace.

The  second of six planned vaccination centers opened in the Wedding district in the morning. According to the Berliner Arbeiter-Samariter-Bund (ASB), 1,300 people could be vaccinated there every day.

On Thursday, only 120 over 80-year-olds received the first dose, as the spokesman for the health administration, Moritz Quiske, said. And the vaccine that was actually planned was not administered either: instead of the substance from the US manufacturer Moderna, the drug from the companies Biontech and Pfizer, which had been used since December, was available for seniors.

The  President of the Berlin Regional Association of the German Red Cross, Mario Czaja, said of the vaccination projects, which have been slowed down: “It’s not because we’re not fast enough, but we don’t have enough vaccine to start all six vaccination centers in Berlin at the same time to take. ”

The  State Secretary for Health, Martin Matz (SPD) and the Board of Directors of the Association of Statutory Health Insurance Physicians in Berlin (KV Berlin), Burkhard Ruppert, made similar statements.

The y are waiting “desperately” for more vaccine, said Ruppert.

In Berlin’s second vaccination center, the Erika-Heß-Eisstadion, there was a lot of activity despite the small amount of vaccine. Where ice hockey players usually do their lanes, there were white partition walls that separated the individual areas of the center.

The  center has a total of 26 vaccination booths, said the center’s director, Sarah Maaß. More than 200 employees and helpers from the operators ASB and the Deutsche Lebens-Rettungs-Gesellschaft (DLRG) are to support five vaccinators in two shifts at full capacity.

The  Bundeswehr helps with twenty men a day. On Thursday the uniformed men carried the vaccine to the vaccination booth.

The  seniors came by taxi that day – the State of Berlin pays for the arrival and departure. Among them were Anneliese Spies and her husband (both 88). She said she was waiting so much for her two grandchildren to come to visit again. When she got the vaccination appointment, the grandchildren also gave “cheers”. She was very satisfied with the process. After talking to retired doctor Christopher Rommel, she received the vaccination.

On Friday (15th) the fabric from the manufacturer Moderna will be used there for the first time. After that, the vaccinations should continue on Monday, said Regina Kneiding, spokeswoman for the project office for vaccination centers in Berlin. At the start, 120 vaccinations are planned per day.

It was only on Wednesday that there were initially concerns about whether there might have been problems with the cold chain when transporting the Moderna vaccine. Senate spokesman Quiske had announced that the new vaccine would be used after its own examination.

The  quality of the vaccines was not affected by the transport, it said from the Federal Ministry of Health.

The  vaccinations had started in the arena hall in Treptow on December 27th, with a short interruption over the turn of the year. As the third of a total of six vaccination centers, the Malteser Aid Service is to open its location with the vaccination center on the exhibition grounds at the beginning of next week, said DRK President Czaja on Thursday.

It was not yet clear when the remaining centers would start operating. According to the Robert Koch Institute (RKI), there have been more than 35,000 vaccinations in Berlin so far (as of January 12).

Nintendo Switch version will be released this month

Big landslide hit place in the south of Norway 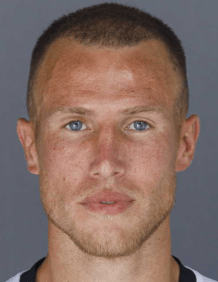 One year of the corona crisis in the sky: animation shows...