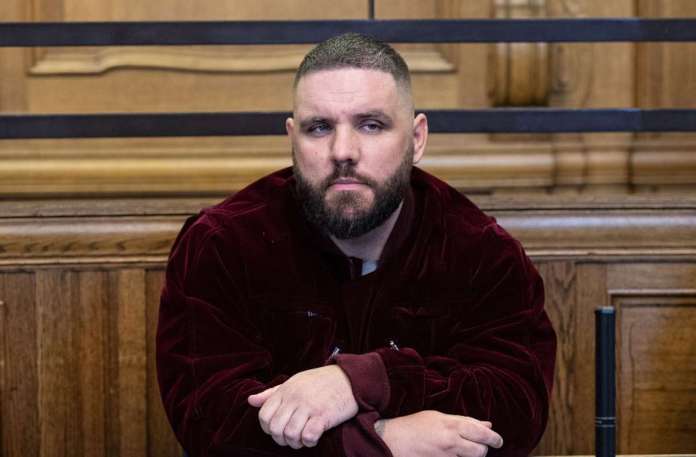 After the rapper Flers fell ill, the process started again: It is about insults, threats and more – so far, the accused has been silent.

The  Berlin rapper Fler also shrouded himself in silence in the second attempt at a series of alleged crimes on Friday.

The  public prosecutor had previously read out eight charges at the beginning of the trial at the Berlin-Tiergarten district court.

The  allegations are libel, attempted coercion, driving without a license, damage to property, prohibited notices of court hearings and violation of the confidentiality of the word. Because of the rapper’s illness, the trial failed at the first attempt at the end of November 2020.

One of the 38-year-old’s two defenders said it was about “many small offenses”.

The  rapper is “covered with out of context and pulled by the hair allegations”. In connection with accusations of insult, it must be taken into account “who expresses himself”. Rough and rowdy statements are common in the rapper milieu.

The  prosecution assumes that the rapper has repeatedly vilified and insulted various people. He is said to have insulted a neighbor repeatedly with violent words in July 2018. On a video portal in March 2020 he described the rapper Bushido as a “bastard” and a “disgusting dog”. Verbal attacks were also directed against his wife.

Fler – whose real name is Patrick Losensky – is said to have repeatedly insulted police officers for minutes. He is said to have threatened a journalist with knocking out his teeth.

The  musician is further accused of having unjustifiably filmed a traffic control of the Berlin police related to him and disseminating it via social media. Four more process days are planned.

Farmer is looking for a woman (RTL): Divorce – organic farmer...

Did Alaba betray his new club with command on the field?...

The SEC lawsuit against the crypto asset XRP involves $ 1.3...

Frankfurt am Main: Danger on A 3 between Offenbacher Kreuz and...

Chaos in Germany: Storm “Tristan” brings traffic to a standstill