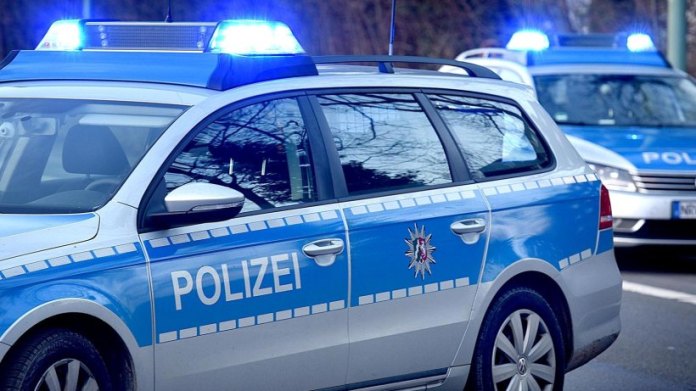 In our blog you will find the latest reports from the police and fire brigade in Berlin and Brandenburg from Monday, January 25th.

An illegal weekend trip to the Baltic Sea coast brought a woman from Berlin several reports and an early departure accompanied by the police.

The  46-year-old woman was walking on the promenade in Warnemünde with a friend on Saturday when she suddenly pulled out her pepper spray and sprayed on three dogs, as a police spokesman said on Monday. At the same time, the woman sprayed the 55-year-old dog owner and her two-year-old grandson with the spray and insulted them.

By the time the police arrived, the visibly excited Berliner is said to have insulted other walkers. During the inspection, it emerged that the 46-year-old is said to have violated the Corona state ordinance with her entry. In addition, the suspicion of bodily harm and violation of the Animal Welfare Act is being investigated.

The  police accompanied the woman to the train station, where she was asked to leave. Your companion, who lived in the region, did not participate, it said.

A pickup truck is in Neukölln went up in flames on Monday night. At around 10:18 p.m., the vehicle on Elbestrasse burned to the full, said a spokesman for the fire department on Monday morning. Accordingly, ten firefighters were on site to put out the fire. Nobody got hurt. When the deployment for the fire brigade was over, the site was handed over to the criminal police, it said.

At the weekend, two drivers in the districts of Elbe-Elster and Märkisch-Oderland were killed on Brandenburg’s roads. According to the police spokeswoman, there were also 43 injured.

The  Brandenburg police situation center counted a total of 282 accidents between Friday and Sunday. In 32 traffic accidents people were injured or killed, in the remaining 250 only property damage occurred.

On Saturday, a 42-year-old motorist in Finsterwalde (Elbe-Elster) hit a tree with his vehicle and died. He came off the road between Lindthal and Massen-Niederlausitz with his car and then collided with the tree.

Curevac is seeking approval – what does that mean?