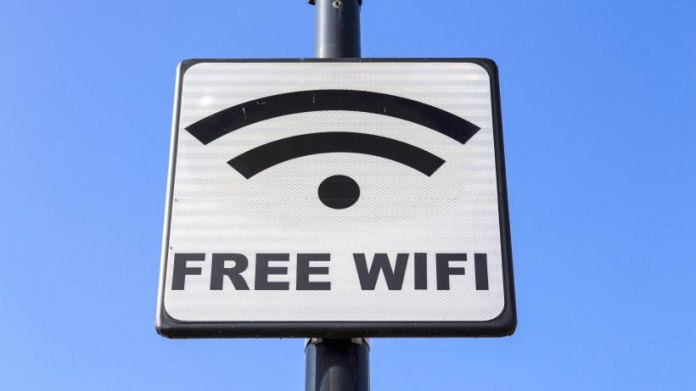 The  corona crisis has thrown plans overboard – also with the expansion of the city’s WiFi network. Still, it got bigger.

The  number of urban WiFi hotspots in Berlin quadrupled in 2020 despite the corona pandemic – even though the expansion did not go as planned.

The  reason for the increase to now 8000 access points is the connection of the municipal network “Free Wifi Berlin” with the university network “eduroam”, as State Secretary for Media Christian Gaebler told the German Press Agency.

As a result, 6,000 hotspots, which were previously reserved for students and staff from eight universities, can now be used anonymously by anyone for surfing free of charge. At the same time, students can also access their teaching materials via “Free Wifi Berlin” – they no longer have to be near their university.

“Highly frequented places” have priority in the expansion

“After a pilot phase, the plan is to bring the project into regular operation in February,” said Gaebler. At the same time, the Senate wants to push the expansion of the municipal network of WiFi hotspots, which had to be postponed in 2020 due to Corona, in the new year.

The  goal is to create in the best case 2000, but at least 1000 more access points, the first in the course of this year.

“Highly frequented locations in Berlin are to be equipped,” explained Gaebler. “

The  Mauerpark, the Spreepark, the Botanical Garden, the space to be redesigned around the Neptune Fountain are places where free WiFi would certainly be actively used.”

The  entire Berlin area should benefit from the program.

The  state program “Free Wifi Berlin” started in 2016. If you add the offers from several partners of the initiative – these are the BVG transport company, the Berlin-Brandenburg media authority, the Protestant regional church and the “Freifunker” – there are currently 10,000 free hotspots available.

Berlin is at the forefront of WiFi spots in Germany

“This means that Berlin is at the top in Germany in terms of the number of free WLAN spots,” said Gaebler. “

The  Senate Chancellery’s WLAN network has already been used 223 million times since April 2018 – that shows how great the need for free WLAN is. In view of the pandemic, the importance of digitization has risen sharply again.”

The  President of the University of Applied Sciences for Technology and Economics (HTW), Carsten Busch, described the linking of the communal and student WLAN networks as an important milestone. “Sometimes everyone actually wins when strong partners team up.”

Half a chance for Austria at the Oscar abroad

Defeat for San Antonio in the Texas duel with Dallas

Suez Canal still tight: US Army offers help with “Ever Given”

Marco Rose can hardly find any concrete words for switching to...

ATP Acapulco: Earthquake in the match between Zverev and Koepfer