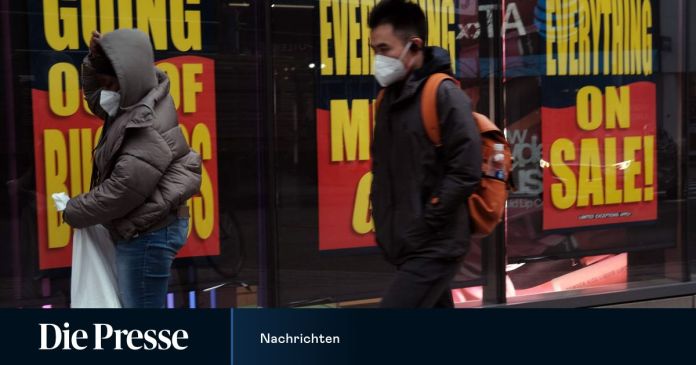 Every US citizen is to receive $ 1,400 in direct aid. In order to get his plans through, Biden is dependent on Congress.  The  Democrats will control both chambers of parliament there.

In the fight against the corona pandemic and the economic crisis in the USA, future President Joe Biden wants to implement a new trillion-dollar economic stimulus package. On Thursday evening (local time) in Wilmington, Biden presented plans for an aid package worth 1.9 trillion dollars (around 1.6 trillion euros). Among other things, it provides for direct payments to citizens of $ 1,400 per person.

The  health of our nation is at stake,” he warned. “We cannot afford to do nothing.”

Biden will be sworn in as president next Wednesday. He had already announced a few days ago that he wanted to initiate another billion dollar stimulus package as soon as he was in office. Now he presented the details.

In addition to direct payments to households and more support for the unemployed, further help for small businesses is planned, as well as extended sickness benefit regulations so that people do not come to work despite Covid symptoms. Biden also advocates longer-term changes such as an increase in the minimum wage. Biden wants to invest billions in the fight against the corona crisis – for example in a national vaccination program and a massive expansion of corona tests. Schools should get financial help so they can reopen in a safe way.

Biden complained that millions of people in the country have lost their jobs, many are in arrears with rent and run the risk of losing their homes, families have to queue in long lines for food expenses because they do not have enough money for groceries. “We have to act now,” he said. “We have a moral obligation.”

Big expenses are involved, Biden admitted. But these investments are important to avert long-term economic damage to the country. Biden said the proposed package is the first part of a two-part plan: bailing out first, then bailing out the economy. In the coming month he will present plans for a long-term stimulation of the economy – through large investments in the country’s infrastructure. It is about investing “bravely” and “wisely”.

The  decisions made in the coming months will determine whether America will take on a leadership role again or whether others will overtake it.

The  corona pandemic is spreading dramatically in the USA – a country with 330 million inhabitants. More than 23 million infections with the virus have been reported so far. More than 388,000 people have died as a result of the virus.

The  restrictions on public life caused by the pandemic are severely affecting the US economy.

In view of the corona crisis, the US Congress had already passed economic stimulus packages worth almost three trillion dollars last spring, which corresponded to more than ten percent of US economic output. At the end of December, after months of wrangling, Congress passed a further package worth around $ 900 billion, which, among other things, expanded and extended unemployment benefits. This also included direct one-off payments of $ 600 to many US citizens. With that package, there was fierce political turmoil right up to the last minute to raise direct aid to $ 2,000 – but this failed because of resistance from Republicans.

Biden now wants to make up for the $ 1,400 increase with his package. He had already warned in December that the most recently decided economic stimulus package could only be a “down payment” – further aid was urgently needed.

In order to get his plans through, Biden is dependent on Congress.

The  Democrats will control both chambers of parliament there in the future – so Biden should have an easy game.

The  leading Democrats in the House and Senate, Nancy Pelosi and Chuck Schumer, already agreed on Thursday evening (local time) their support for the aid package: “We will immediately get to work to convert the vision of President-elect Biden into a legal text which will pass through both chambers and come into force. ”

Bryan Cristante suspended from one game for blasphemy

According to Rebecca Mir: Baby rumors about Annemarie Carpendale

Salzburg slips into a debacle at Fehervar – ICEHL

Has the risk of infection from contaminated objects been underestimated so...

Much fewer deaths – will it stay that way?