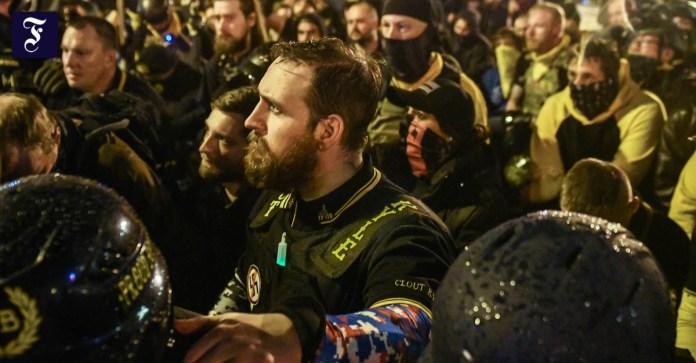 “Weeping goes on in the evening, but joy is in the morning.”  The  quote from the Bible that Joe Biden used in his inaugural address last Wednesday is part of Psalm 30: 5. It was not the only reference to the scriptures of Christianity and Judaism at the swearing-in ceremony. Biden also urged Americans to “open our souls instead of hardening our hearts,” an allusion to the “hardening of the heart” of Pharaoh in the Book of Exodus.

The  Wall Street Journal counted 64 such biblical allusions in the speeches of 27 presidents.

That Biden lined up here wasn’t a surprise. He is the second Catholic President after John F. Kennedy; When he moved into the White House, he put a photo of his meeting with the Pope in the Oval Office. It is well known that religion plays a large role in American everyday life and in political life, even though Biden and other politicians profess the separation of church and state.

The  religious allusions were important for the change of power in Washington for another reason: Biden thus also signaled an openness to dialogue to those Republicans and Trump supporters who are religious.

This has met with a positive response from some American Christians, including conservatives. Peter Wehner, an evangelical who regularly writes comments for the “New York Times”, reported after Biden’s inaugural address that it had found approval among several of his religious friends.

Yet an integral part of the Republican power base and Trump supporters are Christian nationalists who see Biden as an enemy. Two weeks earlier, hundreds of them had stormed the Capitol to instigate an “uprising” against the election results. Right-wing Proud Boys were seen praying, and a video from the boardroom showed Q-Anon supporter Jacob Chansley disguised as a “shaman” shouting, “Thank you Heavenly Father for giving us this opportunity Many rioters wore crosses on their signs, and in online forums and interviews some claimed to want to do “God’s will”.

Christian nationalists were also particularly present at the events leading up to the Capitol attack. At a rally on the eve of January 6th, Pastor Greg Locke said that God is raising an “army of patriots.” “We serve a great, mighty God,” said Christie Hutcherson of Women Fighting for America. And further: “He wants everyone to know that by his power, by his hand, Trump will serve another four years.” Pastor Brian Gibson of Kentucky said, “This is a Christian nation” that is being “brought back” will. At these appearances it became clear that among the Christian nationalists a friend-foe-thinking prevails, which in the most peaceful case aims to disempower those who think differently.

Corona vaccinations in Switzerland – vaccinated earlier thanks to the “joker...