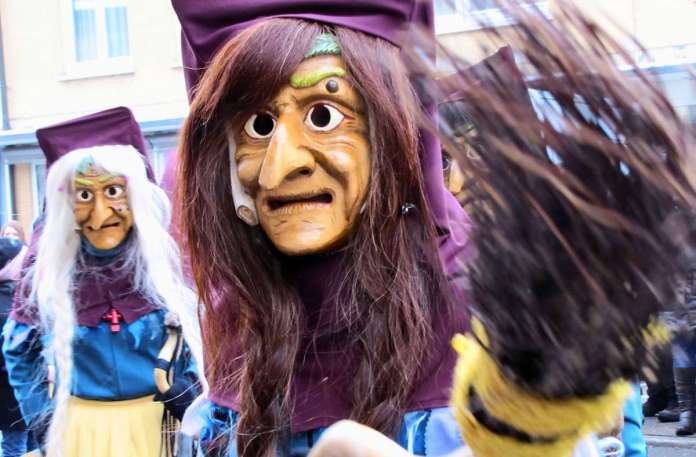 The  fact that the Corona carnival season falls victim is bitter for the Birckhe-Bronna Hexa from Birkach, because they would have celebrated their first birthday this year. A witch with poor eyesight also belongs to the guild. She tells what is wrong with her right now.

Birkach – It’s a good two and a half minutes in which you forget everyday life with the Corona, in which you are just witches – and create something together. Even if everyone is at home for themselves.

The  result is a video clip in which the Birckhe-Bronna Hexa swarm to the “Jerusalema” song by Master KG. Even the black cat participates in a witch. With the song that went viral on the internet with such dance interludes from all over the world, the Birkach witches dusted off their hats this year. That means: You have ushered in the carnival season, in which you can slip into witch uniforms and masks. With the peculiarity that there is nothing to be rung in. Because of Corona.

Now she can be Sampson again

Even if the parades have been canceled, Sandra Kolb is happy that she can now be Sampson again, Sampson the witch. This is your second self during Carnival. It is noticeable to the 28-year-old how badly she is pulling down the mandatory break, it does not only apply to the removals for a long time, several meetings were canceled last year and thus opportunities to see the others, to practice, to mend costumes, to chat . “

The  witches are my family,” says Sandra Kolb. And she misses that very much now. It also has to do with the fact that a witch died last year. “That was my best buddy,” says the young woman.

That she feels safe with the Birckhe-Bronna Hexa is particularly important in the case of the 28-year-old Birkacherin. Sandra Kolb is visually impaired. From birth, she only sees light and dark in her left eye; in her right eye she has three percent of normal vision. She is not blind, explains the young woman, but she needs guidance when the guild takes part in the move. So far, her place was right behind the handcart.

The  mask narrows her field of vision even further, but she always felt safe, she says. “

The  soles of the shoes are so ingeniously thin that you can tell immediately when the floor becomes uneven,” says Sandra Kolb. She doesn’t have a white cane with her when she moves, because she has the broom. On the upper arm and the mask, however, it is marked with the familiar three black dots on a yellow background. “I am obliged to do this,” she says.

Sandra Kolb has found soul mates with the Birckhe-Bronna-Hexa. She works in the housekeeping in the center for the disabled in Birkach and she was already finished when the witches announced their arrival at the fat Doschdig. She actually wanted to go home, but allowed herself to be persuaded to stay. So one thing led to another. She was baptized in January 2019. Just remembering it, Sandra Kolb’s voice cracks. She cried then. What it means to finally be allowed to be a witch, “You can’t explain that, you have to feel that. For me it’s a great feeling of freedom ”. All the worse that this carnival is a total failure. This year of all times.

The  Birckhe-Bronna Hexa celebrated their 10th anniversary on January 11, 2021. Unfortunately only by far in a video conference. “That’s bitter,” says Fay Duffield-Schwarz, the Birkach guild master. You try to keep the sense of community alive.

The  guild started ten years ago with eleven witches; after the most recent baptism, which was planned for the beginning of January 2021, they would have been 34 – eight baptized people are waiting to be admitted to the witch’s circle, more than ever. Another special feature: three of the applicants are between the ages of one and three years. “Real fool seed,” says Fay Duffield-Schwarz. She has not given up hope that the new ones can be baptized before Ash Wednesday. “I’ll do everything I can.” She can’t promise.

The  “Jerusalema” song also has to do with hope. During the difficult Corona period, he awakened a sense of community among millions of people all over the world. A sense of community that the witches in Birkach long for. And from which you can always draw when you play your two and a half minute video clip.

The n they dream of normality.

Mafia in Germany – Against a false romanticization

In four days you will die! Device predicts death –...

Visage Raises $ 7M in Series A Funding Led by First...

“The Voice” semi-finals: Samu and Rea take this team with them!

Assault on money transporter in Berlin