A week ago the social media app was still new, now it has its first scandal. Thuringia’s Prime Minister Bodo Ramelow apologized for his “chat” at Clubhouse on Sunday evening.

At the beginning of the weekend, Ramelow was part of a discussion in the audio app entitled “Trash and Features”. Journalists and politicians talked about this and that in a relaxed atmosphere. Ramelow mentioned that he likes to play Candy Crush on his cell phone at prime ministerial conferences and can manage up to ten levels. He called the Chancellor “the little Merkel”. A casual tone that suggests that Ramelow understood the appearance in the app more like a collegial backroom conversation.

On the one hand, you could understand the panel discussions on Clubhouse that way.  The  app from the USA is currently only available for iPhones and only by invitation; according to guidelines, conversations there should only be recorded or transcribed if the parties involved have given their permission. On the other hand, Ramelow’s chats on Friday overheard two to three thousand people like her World on Sunday reported. A concert hall filling round, which at Clubhouse can appear so clear that it is quite possible that the Prime Minister was not fully aware of his audience.

In any case, Ramelow’s appearance met with criticism – also from his own cabinet. Thuringia’s Interior Minister Georg Maier (SPD) told the editorial network Germany: “If it turns out that Bodo Ramelow is playing mobile phone games during the Prime Minister’s Conference, then he should check his behavior.” And Thuringia’s CDU boss Christian Hirte called Ramelow’s behavior “disrespectful and irresponsible”, he wrote on Twitter: “Either it is an expression of the arrogance of power or official fatigue.” Fighting the corona pandemic is about life and death as well as the livelihoods and the future of a generation of students.

The  app, in which top politicians such as Manuela Schwesig and Christian Lindner have been meeting journalists for semi-public chat since last week, is already raising new questions about the distance between journalism and politics. Is it a good thing when editors and members of the Bundestag meet in a familiar group every evening? How loose should that be? And who can listen?

The  way politicians deal with social media is a difficult area anyway.

The  Greens chairman Robert Habeck once deleted his Twitter account because he repeatedly irritated with formulations there.

After the reporting on the weekend, Ramelow did not delete Clubhouse immediately. He used the app to apologize and followed up on Twitter: “A clever woman got me on @clubhouse_de just conclusively set out the actual faux pas of my clubhouse chat and it convinced me. To belittle the name of the Chancellor was an act of male ignorance. I sincerely apologize for that. “

An attempt to limit the damage – but the criticism does not die down. FDP parliamentary group vice-Michael

The urer told the German press agency on Monday that the question arises of the “self-control of some politicians” when it comes to the Clubhouse app.

With material from the dpa news agency.

Christian Drosten warns of Mers – is there a new pandemic...

These effects have frost and freezing temperatures

Judgment in the Basel Climate Trial – Unconditional acquittal for climate... 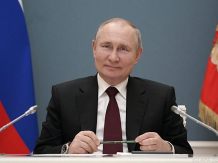