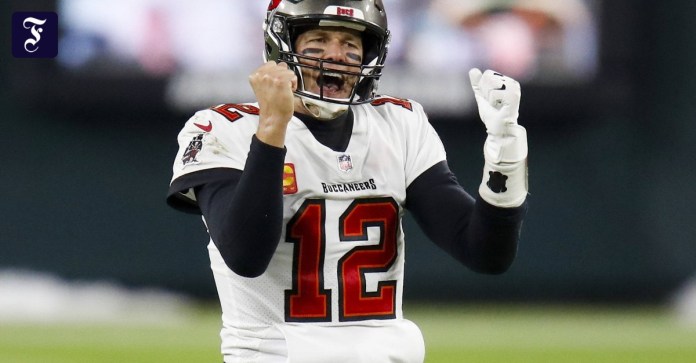 IIn the 55th Super Bowl there will be a generation duel between quarterback legend Tom Brady and Patrick Mahomes.  The  most successful playmaker in NFL history will meet defending champion Mahomes and the Kansas City Chiefs with his Tampa Bay Buccaneers on the German night of February 8th (0.30 a.m. CET).

The  memories of 25-year-old Mahomes are therefore fresher – But nobody else has as much experience preparing for the most important game of the season as 43-year-old Brady. Only the environment is new. After nine Super Bowl appearances in 20 years with the New England Patriots, Brady is now the leader of the Buccaneers for the tenth time. And for the first time ever, a team has a home advantage: the venue is Raymond James Stadium in Tampa.

“Whenever you can do something first, that’s usually something cool,” said Brady on Sunday (local time) after the 31:26 against the favored Green Bay Packers around quarterback Aaron Rodgers and the German-American passport recipient Equanimeous St. Brown . “That will be two exciting weeks.”

The  Chiefs around Mahomes prevailed against the Buffalo Bills with a sovereign 38:24 and lived up to their role as top favorite once again.

With six Super Bowl wins, Brady is already the record holder in the NFL. He won all titles in the two decades with the Patriots, from whom he said goodbye in March 2020. After difficulties at the start of the season, also due to the corona pandemic and a lack of test games and training units, he led the Buccaneers into the Super Bowl in their first season together.

The  team, which had been decried as a notorious loser troop before Brady’s commitment, was last there in 2002, when the only championship was held.

The  belief that he has given everyone in this organization that this is possible,” said Buccaneers trainer Bruce Arians of Brady’s importance for his teammates and employees: “It only took one man for that.”

Mahomes’ role with the Chiefs is similarly central.

The  25-year-old is considered a professional football player who could break at least some of Brady’s myriad records. Against the Bills, the team from the state of Missouri in the final of the American Football Conference could not be disturbed by the early 9-0 deficit. In the end, Mahomes booked three touchdown passes. “

The  best thing about this team is that we believe in each other,” said Mahomes. “

Brady against Mahomes is now the duel of the two quarterbacks who won the Super Bowl in the two previous years.

The  last time the two faced each other in the hot season, Brady won the AFC final in extra time with the Patriots in 2019 and moved into the Super Bowl. In the main round this season, the Chiefs won 27:24 against the Buccaneers. But the game was clearer than the result looks.

In two weeks, 22,000 spectators can enter the 75,000-fan stadium in Florida. 7500 of the tickets go to people from the healthcare sector who have already been vaccinated against the coronavirus.

Vitamin Well, the nutrient-rich soft drink with that certain something

“The Crown” raises questions again: Did Princess Anne have an affair?...