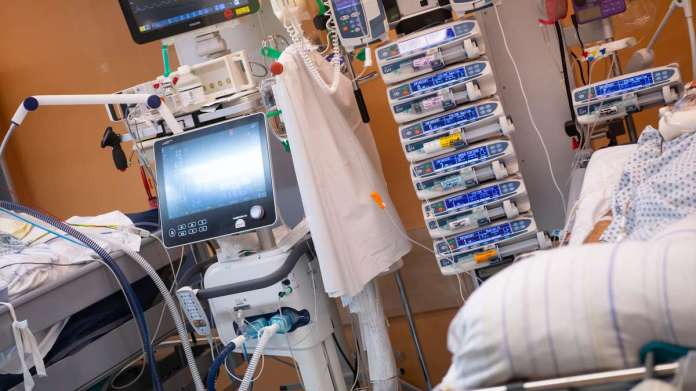 The  Brazilian TV presenter Stanley Gusman is dead. He died of the coronavirus. In December he had vehemently opposed protective measures.

Alterosa / Brazil – “Come with me, Minas Gerais!” Shouted Stanley Gusman to the viewers at TV Alterosa every day.

The  prominent presenter in the largest broadcaster in the Brazilian state of Minas Gerais achieved particular fame in 2020.

Now is Stanley Gusman tot. He died in a clinic on January 10th at the age of 49. An infection with the Coronavirus and the difficult course of it Covid-19 cracking led to the showmaster’s early death. Local media confirm that.

“Breathe, Stanley,” had his Sister Gisele since January 3rd, pleaded almost every day in social networks. After almost a week of hoping and anxiety, it was she who shared the sad news. “Thank God for my friends who are in the Time of warnings were always by my side, ”she writes.

Her brother did not simply want to accept warnings about the corona virus until the end. Official numbers he repeatedly referred to as “manipulated and forged”. About wearing Masks he even made fun of himself several times in his program.

Coronavirus: Stanley Gusmann is dead – the moderator argued live on TV about protective measures shortly before the illness

Stanley Gusman has protested vehemently against protective measures since the pandemic began. With that he was entirely on the side of President Jair Bolsonaro.

The  two should have got along very well personally, explains the newspaper “El Pais.”

It was only in December that it became tangible Quarrel with Alexandre Kalil, the mayor of Belo Horizonte. Live im TV Gusman protested violently against the politician’s recommendation.

“I will visit my father and I will visit my mother,” he yelled Moderator with arms crossed, “I’m not going to kill her. What you (Mayor Kalil, dR) say seems to me to be a lack of respect. Leave my family alone! I will defend my parents and my country. ”

TV presenter was confident despite the corona infection: Bolsonaro treatment will not save him

Five days after this argument, Gusman is said to have felt the first symptoms, according to “El Pais”. It is said from those around him that he was still confident before his hospital stay. Had to go on January 4th Stanley Gusman treated for the first time in the intensive care unit.

Gusman had – wie Bolsonaro – for a treatment with the Malaria-Medikament Hydroxychloroquin built. Its effect against that Coronavirus is controversial.

Brazil: moderator’s corona death hits station boss violently – “One of the tragic people in this pandemic”

His death hits the media landscape in Brazil like a blow. “

The  pain we feel is like we lost someone in the family,” lamented Alterosa-Sportmoderator Leopoldo Siqueira on Monday with tears in my eyes. Monday’s broadcast became whole Stanley Gusman dedicated.

“All Mineiros will miss your presentation style,” exclaimed Alterosa-Direktor Geraldo Teixeira da Costa after, “Stanley joins the tragic figures of this pandemic, but his ideals are not forgotten.” Stanley Gusman leaves a wife and a son.

Riots in Washington: SRF had to stop broadcasting earlier

Alpine study shows a much shorter snow season than 50 years...

Ski jumper Peeing after a ruptured spleen: “According to doctors, I’ll...