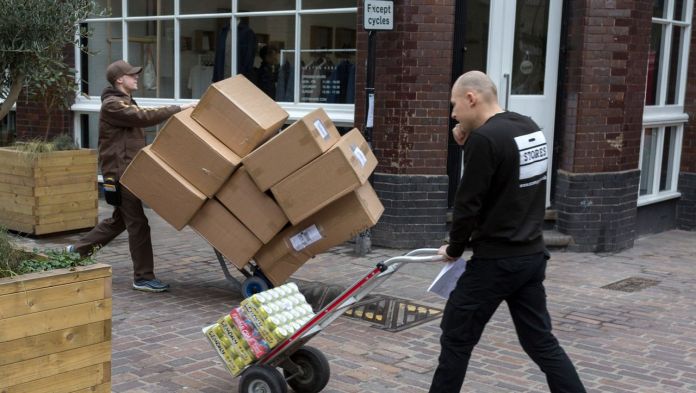 The  man from Manchester was happy when he finally found the winter boots he wanted on the Internet, at a price of 200 pounds, which is currently around 225 euros, from an Internet seller in Germany. This is what the customer told the BBC.

The  parcel delivery company UPS contacted him, but not with the boots he had ordered. If he wanted this, he would first have to pay the additional fees, 20 percent VAT and import duties, a sum of 147 pounds (165 euros).

The  customer from Manchester is obviously not an isolated case. Other media also report on customers in Great Britain who have ordered goods online as usual – and were amazed because the parcel delivery service wanted to collect large amounts from them initially.

The  Guardian reports of a customer from Norfolk who was supposed to pay UPS 121 pounds of duties, taxes and fees for a clothing order from Norway (total value 236 pounds).

When she ordered the things, the seller on the website was still offering free shipping, she says. A woman from Uttoxeter had a similar experience, in her case (£ 292 value of goods) the deliverer demanded £ 93: she had ordered from an online shop with a British Internet address and had no idea that the company was actually based in Berlin.
British Prime Minister Boris Johnson had promised his compatriots duty-free movement of goods despite Brexit. According to the BBC, the reality is currently very different. For goods valued at over £ 135, import duties of up to 25 percent would be due if they had not already been paid by the seller.

The  parcel services, in turn, would have to collect the money for the government. Some European companies had therefore already announced in the past few weeks that they would completely stop their sales to Great Britain.

For their part, many buyers evidently make do with simply having ordered goods go back to the sender.

The  boot buyer from Manchester, on the other hand, paid the customs duties. So far, however, he has not received the goods from Germany.

The y may be stuck in the goods chaos at the border that Brexit triggered.

Coronavirus: Skiing in Austria only for locals, no entry of tourists...

German Euroshop (DEQ); The share of the shopping center operator...

VVS reacts to lockdown extension: No school buses and no night...