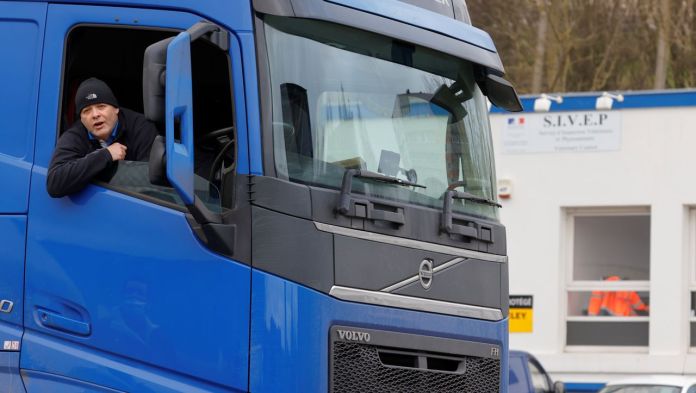 Bitter experience for British truck drivers at the ferry in Holland: their ham sandwiches are also affected by the new Brexit trade rules. The BBC showed Dutch TV recordings on Tuesday in which customs also checked the drivers’ provisions. The customs officers in Hoek van Holland explain to the drivers in the report of the station NPO1 that they are no longer allowed to export animal food to Great Britain.
When the customs officers see a driver’s provisions, they ask: “Is there any cold cuts on it?” He nods, and all the loaves wrapped in aluminum foil are collected. “Can’t I take the ham down and at least keep the bread?” The driver tries to negotiate. Without success. “No, everything will be confiscated,” says the officer in the port of Hook of Holland near Rotterdam. “Welcome to Brexit, I’m sorry.” The driver took it with humor.

The British authorities had already warned against this prospect in December. “God help the poor customs officer throwing away a driver’s grocery box. I shouldn’t be surprised if they get punched when they try, ”Haulier Simon Wilkinson had told The Guardian. “When drivers go to Europe, they take things with them for days and weeks.”

That’s why nothing went into Q2

Saarlander Sebastian Heer is a top engineer at Stuttgart 21