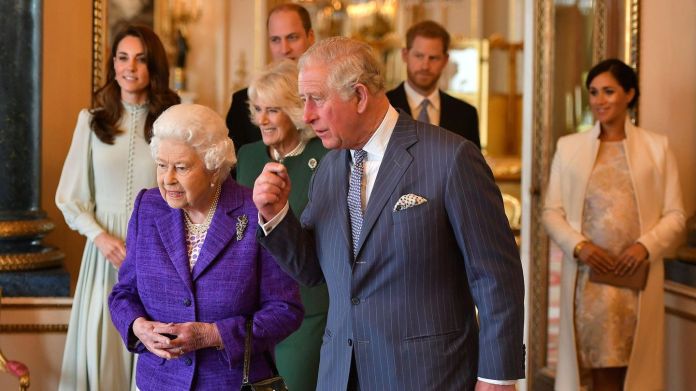 knows how to entertain the British – and the whole world. There is also a lot to do for the Royals in 2021.
© Getty Images 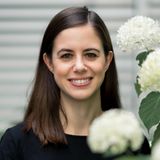 An eventful year is drawing to a close for Queen Elizabeth and her family – and a new one is just around the corner! You can read what the royals have in store for the next twelve months in our outlook.

First anniversary of the Megxit

On January 8th, it will be a year since Duchess Meghan, 39, and Prince Harry, 36, announced their departure from the royal family. Associated with the exit is a one-year review phase, after which Harry wants to meet again with Queen Elizabeth, 94, Prince Charles, 72, and Prince William, 38, for another conversation. Then the Megxit agreements that have been made will be discussed again – and possibly tightened? It has long been speculated whether Harry and Meghan could get the titles “ Royal Highness” and / or “ Duke and Duchess of Sussex” revoked. We will find out more in spring. It remains exciting!

Princess Eugenie, 30, and Jack Brooksbank, 34, are first parents. When exactly remains a secret to the public. It’s tradition. Only when the little girl or boy is born will there be an announcement. You can read exciting information about Eugenie and Jack’s baby here. Queen granddaughter Zara Tindall, 39, and her husband Mike Tindall, 42, are also expecting children. For the couple it is the third child after their daughters Mia, 6, and Lena, 2.

The most beautiful pictures

Prince babies on the way home

Prince Philip will celebrate a grand milestone on June 10th: He will be 100 years old! As is well known, the Queen’s husband doesn’t like a fuss about his birthday. Will he be done a favor? You don’t know yet. So far, the palace has not announced a festival program.

Baby Archie has only been seen once since his parents moved to America in March 2020: on his first birthday on May 6th. Is there a new sign of life from the son of Prince Harry and Duchess Meghan today?

The military parade on the occasion of the Queen’s birthday usually takes place on the second Saturday in June in London (2021 accordingly on June 12th). Because of Corona, the big festival 2020 was canceled. Hopefully it works out this year and you can see the royal family waving again on the balcony of Buckingham Palace.

The most beautiful moments of the royal event

Ghislaine Maxwell, 58, the former confidante of the late US sex offender Jeffrey Epstein, † 66, will have to stand trial in New York from July 12th. Thousands of kilometers away, the palace is likely to be watching the trial with tension – and concern: Prince Andrew, 60, a friend of Maxwell’s, is accused of being involved in Epstein’s machinations. Are other dark secrets about the Royal coming to light? Nicholas Witchell, BBC royalty expert, says, “ It depends on what you are [Maxwell] tells the FBI about Andrew. If she even does. In any case, it doesn’t get any easier for him because it brings attention back to the whole story. ”#Ghislaine Maxwell was charged with a total of six charges, including transporting minors for a” criminal sexual act “and perjury on two counts. If convicted, she faces up to 35 years in prison. She is currently on remand in New York.

This year there is a special birthday for Meghan: On August 4th she will – as the saying goes – “zero”. Hopefully, unlike corona-related 2020, the Duchess can celebrate the occasion with friends and family members.

The daughter of Prince Edward, 56, and Countess Sophie, 55, are also celebrating an important birthday: Lady Louise Windsor will be 18 on November 8th.

A royal baby for Duchess Meghan and Prince Harry?

In November 2020, Duchess Meghan announced that she had suffered a miscarriage the previous June. All the more you would treat her and Harry if the renewed desire to have children were fulfilled in 2021.

Duchess Meghan takes the operator of the newspapers “ Daily Mail” and “ Mail on Sunday” to court. The reason is a handwritten letter that Meghan sent to her father Thomas Markle in August 2018 and excerpts from the tabloids were reprinted. Meghan seeks damages in court for the violation of personal rights, the abuse of copyrights and the violation of the data protection act. Over two years after filing the lawsuit, the process is scheduled to begin in London in autumn 2021. Will more family secrets about Meghan be revealed then?

Coronavirus: These are mutation hotspots in Switzerland

Berlin & Brandenburg: Start of vaccination: 101-year-old is happy about injection...

Effectiveness of Astra-Zeneca vaccine at 79 percent

Bitcoin rally and no end: Brief jump over the US $...

IHK exams: Two Upper Franconia among the best in Germany