At the last possible time, FC Schalke managed not to catch up with Tasmania Berlin in terms of defeat in the Bundesliga. Against TSG Hoffenheim threatened the 31st game in a row without a threesome, but then Amine Harit and Matthew Hoppe came and almost single-handedly ensured a home win.
In the first half things could have turned out very differently for Schalke. Goalkeeper Ralf Fährmann, appointed regular by the new coach Christian Gross, parried brilliantly against Ishak Belfodil (23rd), Andrej Kramaric (30th) and Diadie Samassekou (38th) – TSG should have led. But then the hopefuls in the Schalke team provided the longed-for offensive impulse: access Sead Kolasinac, immediately promoted to captain, initiated a counterattack, which Harit implemented perfectly with a solo and the perfect pass into the depths. The subsequent lob into Hoffenheim’s goal by Hoppe was also worth seeing (42nd).
In the second round it was Harit again, who won a resolute ball conquest by Benjamin Stambouli in midfield with a pass into the depths. The recipient was called Hoppe again, and the 19-year-old striker deliberately pushed in (57th). The next copy followed six minutes later, this time Kevin Vogt lost the ball in the forward movement, Harit passed, Hoppe executed (63.). Harit crowned his strong performance with the goal of the 4-0 final score (80th). With this success, the Schalke team even leave the bottom of the table – in Gelsenkirchen hope is back.
The Freiburg team was stuck in the relegation battle for a long time, but coach Christian Streich’s team has been running since the ninth matchday. Against 1. FC Köln, the SC celebrated their fifth win in a row – that is a club record in the Bundesliga. Now Freiburg are in eighth place in the table and are just behind the international ranks. Ermedin Demirovic took advantage of a mistake by Cologne goalkeeper Timo Horn, who hesitantly rushed out of his goal after a pass into the top, to take the lead (18th). Salih Özcan made it even worse, losing the ball in his own penalty area and giving Nicolas Höfler the second goal (39th).
Cologne did not improve even after the break, beneficiaries were Roland Sallai (59th), Philipp Lienhart (69th) and Lucas Höler (79th), who made the result for Freiburg really clear. FC is threatened with relegation if Arminia Bielefeld wins against Hertha BSC on Sunday.
The guests from Bremen relied on a compact defense in Leverkusen, the plan worked for a long time. In the first half Bayer rarely had chances to score, after the goal of former Leverkusen player Ömer Toprak (52nd) Werder even hoped for an away win. Patrik Schick equalized the hosts (73rd), but the Werkself failed to win their third game in a row. Bayer remains in third place in the table.
After four games without defeat in the Bundesliga, Sheraldo Becker should have ensured the next Union success in the second minute, but the attacker shot past the empty Wolfsburg goal. On the other side, Renato Steffen did better, the 1.70-meter-tall Swiss headed a corner to give Wolfsburg the lead (10th). Becker made up for his faux pas with a remarkable hit in the right corner of the goal (29th).

After the break, the guests got off to a bad start: Maximilian Arnold saw the red card after an emergency brake shortly before the penalty area, and Robert Andrich snipped the subsequent free kick to give Union the lead in the corner (52nd). Berlin did not know how to make optimal use of the majority, Wolfsburg equalized with a penalty from Wout Weghorst (66th).

In the first game under the new Mainz coach Bo Svensson, the fourth this season after Achim Beierlorzer, Jan-Moritz Lichte and interim coach Jan Siewert, the 05ers wanted to create a spirit of optimism in the relegation battle. That went wrong at first, mainly because Moussa Niakhaté gave André Silva a penalty with an avoidable jersey swab. The Portuguese competed himself and turned safely flat in the right corner (24th).

Niakhaté was also involved in the action for the second penalty whistle of the game, this time fouling Martin Hinteregger. Silva scored again, Eintracht is ninth in the table after this victory. It was a doubly bitter afternoon for Mainz, after the Schalke victory, the Svensson team is now in last place.

Farewell party with a red carpet: Donald Trump flies with an atomic case in Air Force One – instead of congratulating Biden

Manu Feller after Flachau victory: “Do it differently from the others” – winter sports

Misery in snow and ice: refugees in Bosnia-Herzegovina

There are very many – Graphic: Number of cars in Germany

Upper Austria: Fatal accident at the level crossing in Braunau 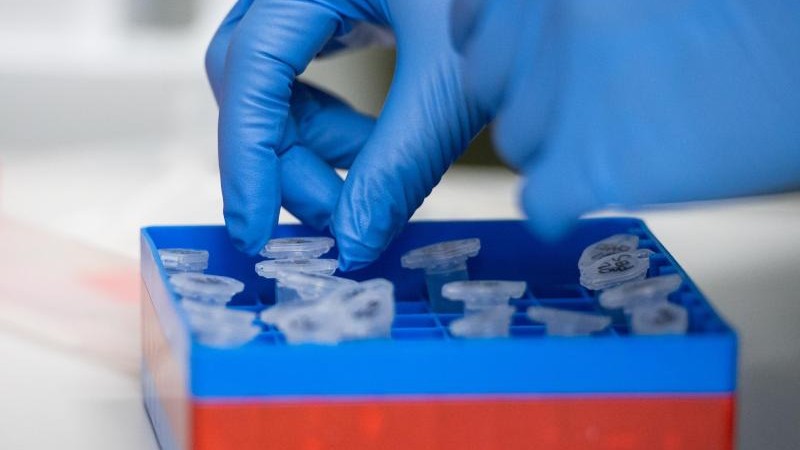