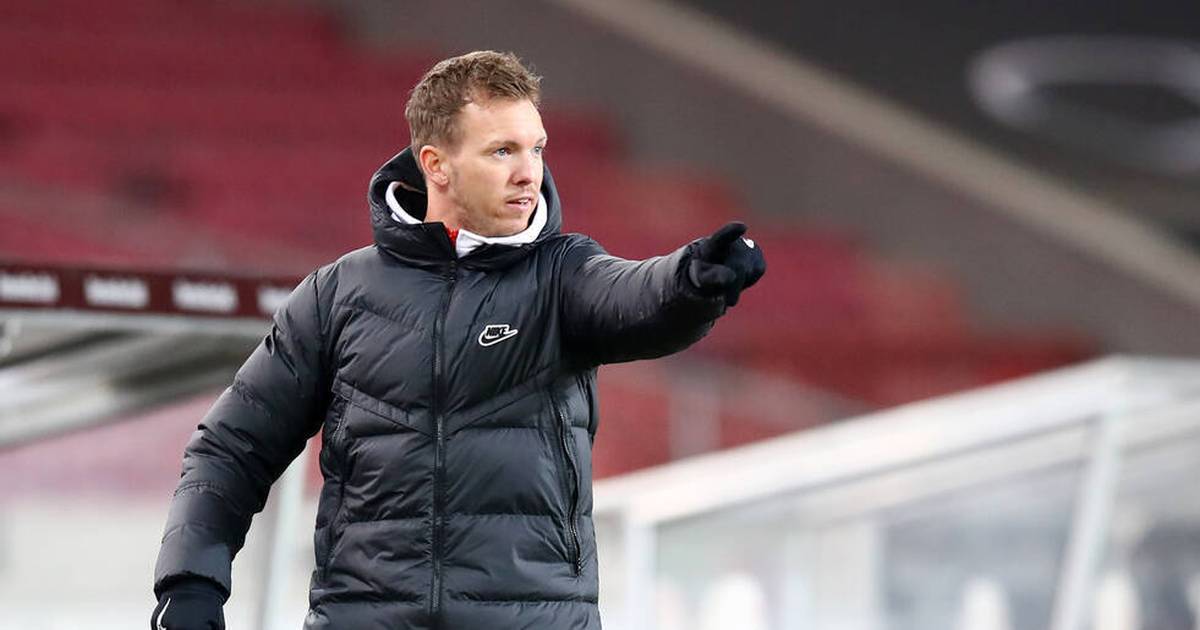 The respect for the black and yellow heavyweight division of the Bundesliga is great, but Julian Nagelsmann has no doubts about the success of RB Leipzig. Borussia Dortmund? For the coach of the Red Bulls, BVB is ultimately just another hurdle in the battle for the championship.

The Leipzig self-confidence before the top game on Saturday is enormous. “We are already planning the win because we are brave enough, are in a good mood and have very good statistics in the league,” said Nagelsmann.

RB has been unbeaten in the league since the end of October. As second in the table with 31 points, Leipzig was just two points behind leaders Bayern Munich before the 15th matchday. The lead over Dortmund is already six points.

The CHECK24 double pass with Fredi Bobic and Emil Forsberg on Sunday from 11 a.m. on TV on SPORT1

BVB is in the top game with the current top team – on the other hand, Emre Can, Julian Brandt and Youssoufa Moukoko, among others, have to take their places.

The confident Leipzigers have to do without Kevin Kampl due to injury, but still have a strong team that can push Bayern from first place.

Despite his own form strength and the fluctuating performance in Dortmund over the past few weeks, the 33-year-old expects a duel at eye level. BVB have an “incredibly talented team that – if they win against us – is only three points away, but feels that it is playing a much worse season – at least as you can hear,” said Nagelsmann. He himself sees BVB “still as the main competitor for the Champions League places.”

Dortmund could slip out of these in the event of a defeat for the time being – an untenable situation for the ambitious runner-up. The duel in Leipzig is therefore groundbreaking and also a maturity test for trainer Edin Terzic.

Licensed player boss Sebastian Kehl increased the pressure in advance. “We have higher expectations of ourselves,” said Kehl: “The team is now responsible. That is why it is now important that we create a new culture of performance on the pitch.”

Dortmund has already suffered five defeats after 14 games, almost as many as in the entire previous season (seven). Even under Favre’s successor Terzic, BVB has already lost. The 38-year-old knows that in the coming difficult encounters, if possible, no more should come. “The whole of January is pointing the way for the rest of the Bundesliga season,” said Terzic.

Even Hummels impressed with RB

At least the statistics can give Dortmund courage. In the past five games, BVB never left the place as a loser against Leipzig (three wins). The respect is still great. “Even if not everyone in Dortmund likes to hear that: I’m a fan of what is happening in Leipzig and how the club has developed,” said Hummels in the picture-Interview.

Nagelsmann is someone who will not participate in the development in Dortmund until further notice. He referred to the realm of fairy tales that he could replace Terzic himself after the season ended. “There is no need to be nervous about Borussia Dortmund,” he said.

This is how you can follow Leipzig – Dortmund live:

Gun and 500 rounds of ammunition: Heavily armed man arrested near the US Capitol

Negotiating circles: Lockdown is to be extended until February 8th

Because of WhatsApp fiasco: Elon Musk tweets – and the wrong...

Dr. Bob is also there: jungle camp takes place in...

The minutes of the meeting give a deep insight – the...

Strict rules apply in Passau: the incidence in Hildburghausen falls below...

Borussia Dortmund against VfB Stuttgart – the game in the live...