1/16
Negative record averted! Schalke celebrated a 4-0 victory over Hoffenheim after 30 games without a win.

Schalke – Hoffenheim 4-0
He is 183 centimeters tall and weighs 82 kilograms – and he feels like carrying the entire FC Schalke 04 on his shoulders. Sead Kolasinac, 27, loan from Arsenal, Schalke fanatic, hopeful in the relegation battle. Against Hoffenheim, the returnees wears the captain’s armband, sets a first signal after 90 seconds, is only braked at the last second. “A new task is starting for me now and I have a lot of energy,” says Kolasinac before his first Schalke game in three and a half years, but the experienced player does not immediately bring out the uncertainty in the minds of his teammates.

Just because Belfodil and Kramaric spoil top-class players and Ralf Fährmann parries superbly, Royal Blue is not 3-0 down after 35 minutes. Then what happens often when one team sins happens: the other takes the lead out of nowhere. Kolasinac initiates the counterattack with a wonderful header, Harit serves Hoppe, who slaps over TSG goalie Baumann. 1-0 for Royal Blue. On the sidelines, Schalke coach Christian Gross remains calm. Probably because he knows that the lead is deceptive.

During the break, the six-time Swiss master trainer seems to find the right words, Schalke takes it right from the first second, Kolasinac, he again, just missed. The left-back has only played one Premier League game for Arsenal this season, but the lack of practice cannot be seen in the fighter type. The Bosnian national player is involved in almost every dangerous action, almost everything at Schalke is left-wing.

But the men of the game are different: Amine Harit, 23, Moroccan magic foot and this season suspended by ex-coach Baum and pardoned by Gross, prepares three goals, scores one himself. Matthew Hoppe, 19-year-old American and up Recently only experts known, he scores his Bundesliga goals one, two and three, ensures victory in only his fifth Bundesliga game single-handedly. And for Tasmania Berlin to keep its all-time record, they failed to win 31 times in a row in the 1965/66 season. “I don’t want to hear that we lost here and lost there,” said Kolasinac before the game, and it is only himself that makes a significant contribution to the fact that Schalke win again for the first time in almost a year – and not on the Sieglos Series are addressed.

But the main reason for the win is that man whom football experts called during the week as a coach who “fell out of time”: Christian Gross. In his second game, the Höngger celebrates his first victory, gives the red lantern to Mainz and is only four points behind the saving 15th place. (skr)
The goals: 42. Hoppe 1: 0, 57. Hoppe 2: 0 63. Hoppe 3: 0, 79. Harit 4: 0.

Leverkusen – Bremen 1: 1
A low Bremen and an offensively unimaginative Leverkusen: The affiche offers few highlights in the first half. Instead, the doorbell rings in the BayArena immediately after changing sides. Toprak is left completely alone according to a standard and meets the surprising Bremen leadership. After that it looks like in half time again – only that the goal plays into the cards of the guests. Shortly before the final quarter of an hour, Bayer put the ball in the goal. Augustinsson deflects a shot from Schick into his own goal. Bayer’s dominance does not decrease in the end either, but they no longer manage to score. (smi)
The goals: 52. Soil 0: 1, 70. Schick 1: 1.

Freiburg – Cologne 5-0
Cologne starts noticeably badly in the guest appearance in Freiburg. After a quarter of an hour, the former Espe Demirovic beheads the landlords in the lead. The hit is preceded by a big mistake by Cologne goalie Horn. The second goal from Freiburg is also given to them by «Effzeh». Özcan spoils the ball in front of the penalty area and Höfler easily puts the ball past Horn. Even after that, Cologne’s people don’t put a leg in front of the other. Sallai, Lienhart and Höler raise the score even further. Demirovic adds two assists. For Freiburg, it is the fifth league victory in a row – club record! (Smi)
The goals: 18. Demirovic 1: 0, 39. Höfler 2: 0, 59. Sallai 3: 0, 69. Lienhart 4: 0, 79. Höler 5: 0.

Union Berlin – Wolfsburg 2-2
Urs Fischer trained Renato Steffen in Thun and Basel – so both have a lot in common. This time they are opponents. And Steffen gave his former teacher a trick early on: after ten minutes, the Wolfsburg wing took the lead for the guests, who jumped to a Champions League place in the virtual table. The wolves are clearly better at first, have better grip and are more secure on the ball. Union, however, confirms the nimbus of the difficult to conquer: Sheraldo Becker equalizes after 35 minutes – and the Berliners suddenly have an upswing. They even force the turnaround. Robert Andrich scores with a free kick after the break. Wout Weghorst, however, equalized with a penalty a quarter of an hour later. The earned 2: 2 remains. Both teams stay on course for Europe. (mis)
The Swiss: Renato Steffen whirled at VfL from the start and rewarded himself with a goal. Kevin Mbabu tries to stimulate the right Wolfsburg side from the 66th minute – but without any significant effect. Admir Mehmedi has to be content with the substitute role.
The goals: 10. Steffen 0:1, 29. Becker (Penalty) 1:1, 52. Andrich 2:1, 66. Weghorst (Penalty) 2:2.

Mainz – Frankfurt 0-2
Ex-manager Christian Heidel returned as board member, ex-trainer Martin Schmidt as sports director, ex-professional Bo Svensson as coach: there was pure euphoria in Mainz – especially since the 05er looked good at Bayern for a long time. The yield against Frankfurt? Zero. Mainz loses 0-2. Frankfurt scores twice with a penalty. André Silva uses ice cold once per half. Mainz seems harmless, juicy, powerless. Frankfurt does what it has to do without shining. (mis)
The Swiss: Nati player Edimilson Fernandes is missing from the squad. Steven Zuber comes on as a substitute on the Frankfurt side after 80 minutes.
The goals: 24. Silva (Penalty) 0:1, 72. Silva (Penalty) 0:2.

Gladbach – Bayern Munich 3-2
The action is just plain stupid. After a little more than a quarter of an hour, Gladbach’s Florian Neuhaus goes to the ball in his own penalty area. After studying video, the referee gives Osmer’s penalty because Neuhaus touches the play equipment with his fingers. Robert Lewandowski pushes in to make it 1-0 for Bayern.

A little later, Leon Goretzka puts a hammer on 2-0. That’s it, you think. Bayern are through. But thought wrong! Before the break, Jonas Hofmann meets twice and gives the people of Gladbach hope again! 2: 2 at break.

And after the break, the 23-year-old Neuhaus proves that he put his mistake away pretty professionally: the midfielder flicks the ball brilliantly into the corner from 16 meters and doesn’t give Manuel Neuer the slightest chance in the Bayern goal. 3: 2 for Gladbach! A Bavarian from Landsberg brings Gladbach out of the Neuhäuschen. No wonder the national player is already on the list at Bayern.

Upside down world in Borussia Park and goalie Neuer pissed off: No wonder, he already conceded 24 goals on matchday 15, last season there were only 32. Bayern coach Flick after the game at DAZN: “That belongs in football to lose sometimes. We have to attribute that to ourselves. Gladbach was very efficient and brutally exploited the mistakes. ” And goal scorer Goretzka: «We invited the opponent three times. They were all individual mistakes! ” (mam)
The Swiss: Gladbach starts with Sommer, Elvedi, Embolo and Zakaria on the grid. Zakaria is substituted in the 74th minute. Lang is without a bet on the bench.
The goals: 20. Lewandowski 0: 1. 26. Goretzka 0-2. 35 Hofmann 1: 2. 45. Hofmann 2: 2. 49. Neuhaus 3: 2. 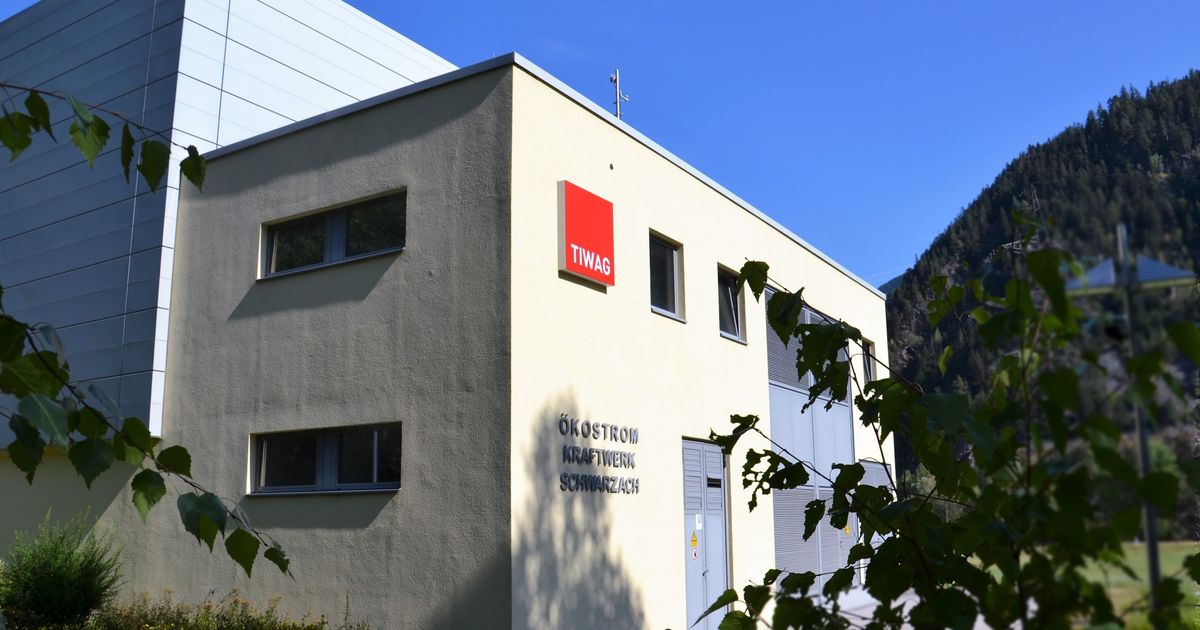 Schwarzach power plant in Matrei-Huben may be expanded

“We are at war with this virus” 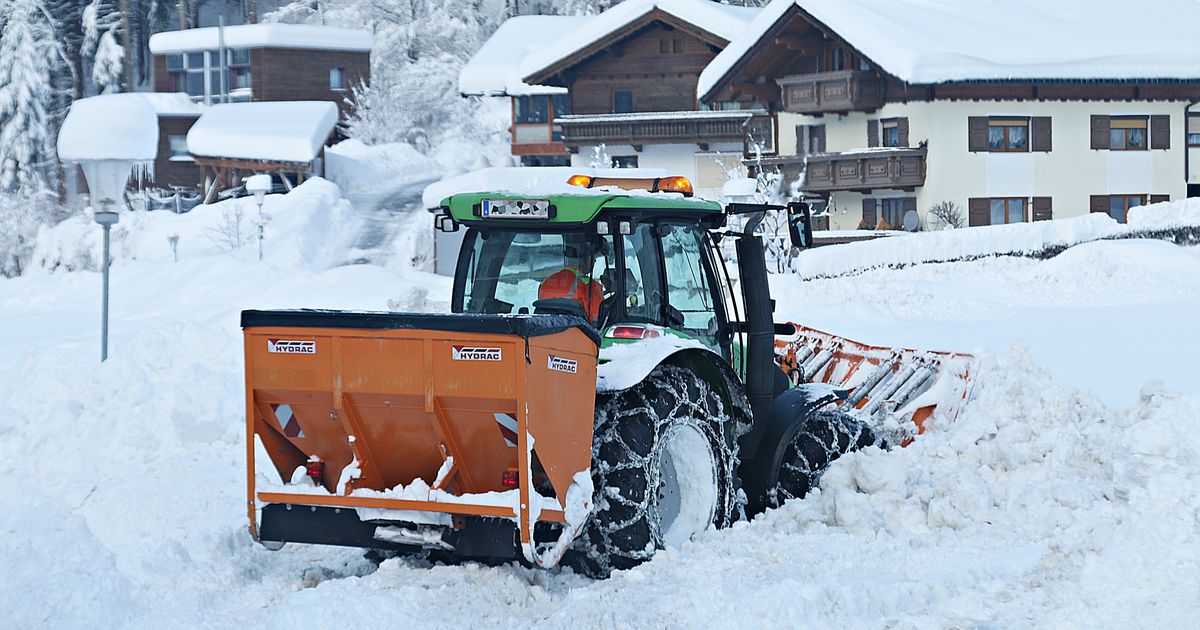 Eleven-year-old buried by a snow clearing vehicle in Lustenau

Government decides on lockdown at the weekend

11-year-old spilled by snow plow while building an igloo

High avalanche danger on the mountains of Lower Austria

“Are at war with this virus”: Biden announces thousands of new vaccination centers

Rummenigge calls for a different “pace” after an “industrial accident”

Start of vaccination in Europe under time pressure – Coronavirus –

According to economists, closed businesses earn well from Corona aid