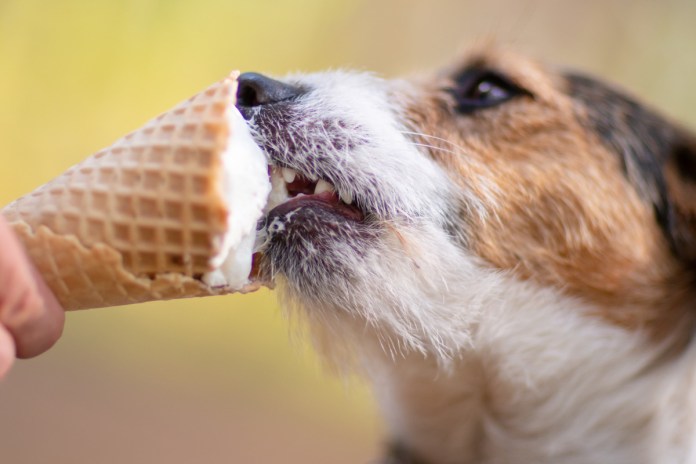 The US ice cream manufacturer Ben & Jerry’s now also has ice cream for dogs in its range.

On Monday, the group announced on social media: “NEW! We are introducing the Doggie Desserts – it’s Ben & Jerry’s for dogs!” Twitter. And further: “With two puppy-friendly flavors”.

For the time being there are two frozen varieties for the four-legged friends: “Pontch’s Mix” with peanut butter and pretzels, and “Rosie’s Batch” with pumpkin and small biscuits. The 120 milliliter cup is not cheap at almost three euros.

There are also a few fun facts on the company website. This is how animal lovers learn that dogs shouldn’t eat ice cream at all. “And that’s exactly why we made Ben & Jerry’s dog desserts with very limited amounts of milk so that they are absolutely safe for your dog.”

Instead, the icy treats are made with sunflower butter. And according to the animal site Fuzzy Rescue, it is safe and enjoyable for dogs.

Also interesting is the fact that there are actually dogs that are lactose intolerant. But even with those “who are not lactose intolerant, dairy products can cause digestive problems” and should be avoided at all costs.

You have probably asked yourself by now: May I try the dog ice cream desserts? We’ll tell you!

The company also has an explanation for this: “The frozen dog delicacies from Doggie Desserts were specially developed for puppies and are not intended for human consumption.”

However, the same ingredients are used that are in ice cream for humans. If you really want to taste, you just have to like the combination of pumpkin and pretzels.

Bertelsmann before selling magazines in France

Apple Watch wants to cheer you up with stories while you...

Berlin & Brandenburg: Berlin Senate advises on the pandemic and solar...