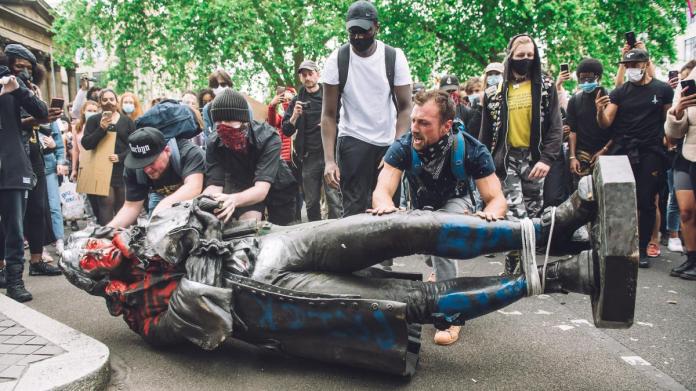 In the debate over controversial monuments, the British government wants to protect the country’s memorials from being abolished or renamed. “I will change the law to protect historical monuments and to make it clear that we are not repeating the mistakes of past generations,” wrote British building minister Robert Jenrick in a guest article in the “Sunday Telegraph”. In the future, a formal process would have to be initiated if parts of the British cultural heritage were to be removed.

The  conservative politician wants to explain details of his legislative proposal in parliament on Monday.

The re are also debates about renaming streets, squares or monuments associated with Britain’s colonial past.

Minister Jenrick criticized the opposition Labor Party for supporting some of these advances. “We will save Britain’s statues from the vigilant militants who want to censor our past,” wrote Jenrick.

After an ankle fracture in the clinic: Pink followed by a...

Coronavirus in Hamm: Annoyance about delay in new corona rules –...

FC Schalke 04 apparently want to get rid of the offensive...

Alpine skiing: Vlhova on the way to fourth win of the...