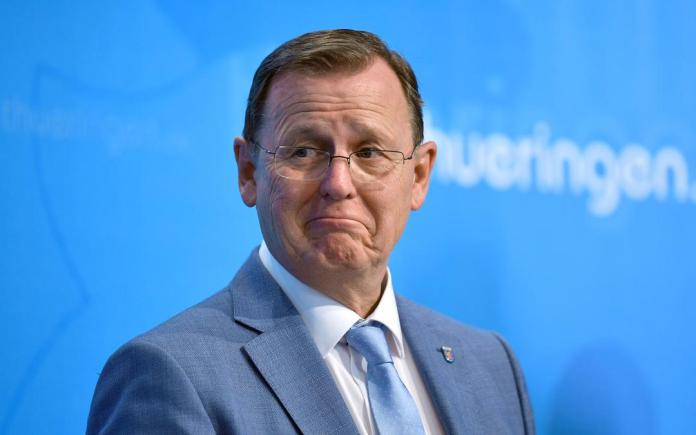 Looking at the mobile phone game, Ramelow justified himself: “Some play Sudoku, others play chess or Scrabble on their mobile phones, and I play Candy Crush.” For him it is a way to relax. With the sometimes ten-hour long marathon sessions with frequent interruptions, this is not a problem. It is not a secret either.

Thuringia’s CDU leader Christian Hirte accused Ramelow of disrespect and irresponsibility. “It is either an expression of arrogance of power or fatigue,” wrote Hirte on Sunday on Twitter. Fighting the corona pandemic is about life and death as well as the livelihoods and the future of a generation of students. “Anyone who understands his office as prime minister in this way is losing the trust of the citizens,” wrote Hirte.

Clubhouse talk on “Trash and features”

Ramelow emphasized that the topic of the clubhouse round was “trash and features”. “When you talk about trash, it’s trashy,” said Ramelow. If you leave that out in a subsequent debate, he thinks it’s funny. “If you turn it into something deeply serious, that it shows how politicians think when they are private – I find that difficult,” said Ramelow, who is very affine for new media and likes to use her different channels for his communication.

Clubhouse is a social media app from the USA that is currently experiencing a hype in Germany. You can use it to participate in roundtables, but there are also closed roundtables. You cannot see yourself in the app because it is an audio format.

The  group, which Ramelow joined, was organized by 19-year-old SPD young hope Lilly Blaudszun from Mecklenburg-Western Pomerania, along with five friends. It was about celebrities, gossip and gossip, as she then reported. “

The n all of a sudden Bodo Ramelow joined us, completely unplanned.”

When he and other politicians were there, it was said in principle that this was no room to discuss political issues. It was called “trash talk” from the start and should have stayed on the same level.

With a view to Clubhouse, Ramelow expressed privacy concerns because users would be asked to allow access to their contacts.

The  fact that the app is currently only available for iPhone users bothers him. “And it can’t stay that way, otherwise it won’t become my medium if it remains so elitist.” In fact, Clubhouse announced on Sunday that an Android version was also planned.

Collision with 5 cars: mass crash on B217 | Regional

“Bachelor in Paradise” dream couple – love comeback with Marco and...

The global presence: VW ID.4 – SUV electric car for the...