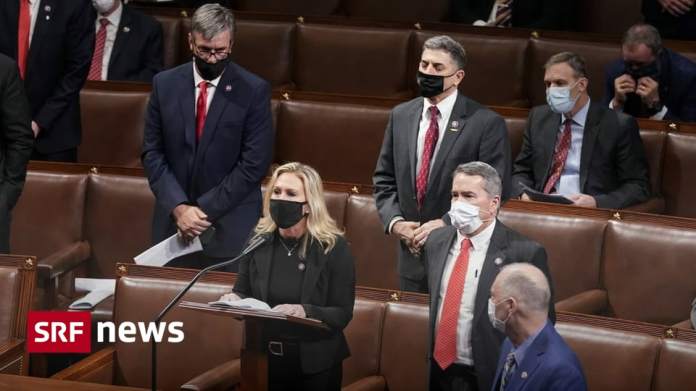 The Senate has rejected the objection to the Pennsylvania election results. Seven Republican senators supported the objection, including Ted Cruz, Texas and Rick Scott, Florida. The House of Representatives is also discussing the objection. Its result is still pending.

Objection to the election result from Pennsylvania

The Republicans have again objected to the election result from one state. This time against the result from Pennsylvania. The Senate and House of Representatives have now withdrawn to discuss the objection. These consultations may last a maximum of two hours. This post shows you exactly what happens there:

Austria’s Chancellor Sebastian Kurz expressed himself in shock about an “unacceptable attack on democracy”. “Shocked by the scenes in Washington,” tweeted Kurz in English. Now a peaceful and orderly transfer of power must be secured.

French President Emmanuel Macron writes on Twitter that he trusts the strength of democracy in the USA. “What happened in Washington is not American.”

First objection to US election result in Congress failed

Republicans from the US Congress have failed in their first attempt to overturn the result of the presidential election in one of the US states. The Senate voted against an objection by a Republican MP and Republican Senator Ted Cruz, both of whom had appealed against the Arizona state election results.

Only six senators supported the objections, 93 voted against. In the House of Representatives, a no to the move was also expected. In any case, the approval of both chambers of congress would have been necessary in order to make the objection a success.

Former President Barack Obama accuses incumbent Donald Trump of instigating violence at the Capitol. In a statement, Obama speaks of a “moment of great shame and shame for our nation”.

These countries are new on the federal risk list

Carsten Spohr: Lufthansa boss is hoping for the vaccination effect before...