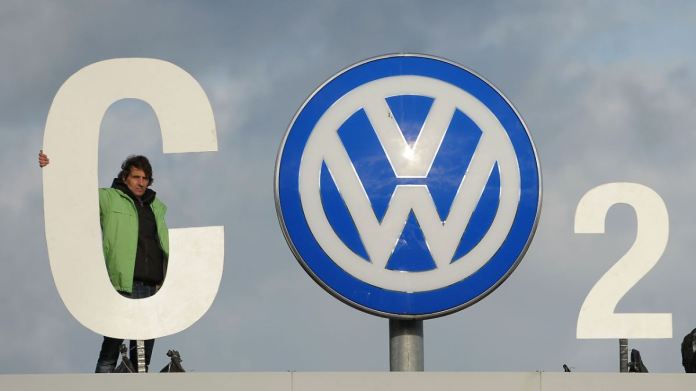 The  fact that the competition from Bavaria has mastered the CO2 requirements, however, should be a thorn in the side of the Wolfsburg.
As expected, the Volkswagen Group narrowly missed the European Union’s fleet targets for the emission of climate-damaging carbon dioxide (CO2) last year. In 2020, the average emissions of newly sold cars from the VW Group fell by around a fifth to 99.8 grams per kilometer, as the Wolfsburg-based company announced. In the relevant pool for CO2 billing formed with a few smaller manufacturers in the EU, VW was still around 0.5 grams above the required target value.

In the fourth quarter, the group would not have any further negative impact on earnings because provisions were made early on, it said.

The  EU Commission has yet to officially confirm the manufacturers’ emissions values. VW CEO Herbert Diess had already announced that the goals last year were likely to have been missed by less than a gram.

Volkswagen as a group was, according to a spokesman, with the achieved 99.8 grams, around one gram above the pool specifications.

The se include the Chinese joint venture partner SAIC, a British subsidiary of the Chinese manufacturer Geely and the Aachen-based e-car company Next.e.GO of the street scooter co-founder Günther Schuh.

In the EU, there have been stricter requirements for CO2 emissions since 2020. Across the industry, this should – apart from transitional regulations – be 95 grams per kilometer driven. Each car manufacturer has its own individual goals to meet, depending on the market position and weight of the vehicles produced. In addition, there were “supercredits” for the crediting of e-models, with which the relative contribution of combustion engines can be reduced.

If the real CO2 values ​​deviate far from the targets, high fines are threatened: 95 euros are due per vehicle sold and an average gram too much – which can add up to billions in payments in the case of large spreads. Currently, sales of electric cars and plug-in hybrids are also increasing due to stronger subsidies – with climate protectors referring critically to the connection of diesel or gasoline engines in hybrid models.

With a view to 2021 and the expected, further increase in sales of alternative drives, Diess expressed confidence. First of all, the Corona crisis “thwarted our plans”, he explained. “Now, in addition to Volkswagen passenger cars and Audi, there are also Cupra and Skoda with further e-models. This will enable us to achieve our fleet target this year.” Overall, the consequences of the pandemic in the past year caused the VW Group’s deliveries to slip by 15.2 percent.

However, there was significant growth in alternative drives: For pure electric vehicles, the group reported more than tripling to almost 232,000 units worldwide, and for plug-in hybrids an increase of 175 percent to over 190,000 units. Within the EU including Great Britain, Norway and Iceland, the share of electrified cars in sales rose by 8 points to 9.7 percent.

The  core brand VW Pkw alone met the 2020 CO2 targets, according to preliminary information from the company: by the end of the year – thanks in part to the start of the new ID series – it achieved a new car fleet average of 92 grams per kilometer, 5 grams under the goal.

Even Audi with the e-tron is already below its brand threshold, more detailed information on this was initially not available.

The  luxury brands Lamborghini and Bentley with their large sports cars and sedans do not count in the consolidated balance sheet and are evaluated separately.

The  VW Group is aiming for climate neutrality by 2050, and around 46 billion euros will flow into the expansion of e-mobility and hybrid technology over the next five years. According to company circles, competitor BMW managed to meet its CO2 fleet target in 2020. According to information from the financial news agency dpa-AFX, it was already well below the target last year: At 99 grams, the Munich-based company fell short of the target by around 5 grams. BMW boss Oliver Zipse had often given himself self-confidently what the achievement of the climate targets was concerns.

Apple publishes details of the listening study with Watch and iPhone

New coach: At Grammozis, Schalke 04 are already thinking of the second division 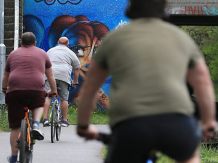 Treatment options for overweight and obesity are increasing – Austria –

Vaccination – Biden: Vaccine for all adults by the end of May

New design: Because of Hitler comparison – Amazon is changing the app icon again

Now it is fixed: Hungary’s ruling party Fidesz is leaving the EPP

Thomas Gottstein gets caught in a greensill whirlpool

Home office increases heating costs by up to 45 euros on...

“One of the best in Europe” at a crossroads

Coronavirus in Berlin: vaccination start in the arena in Treptow –...