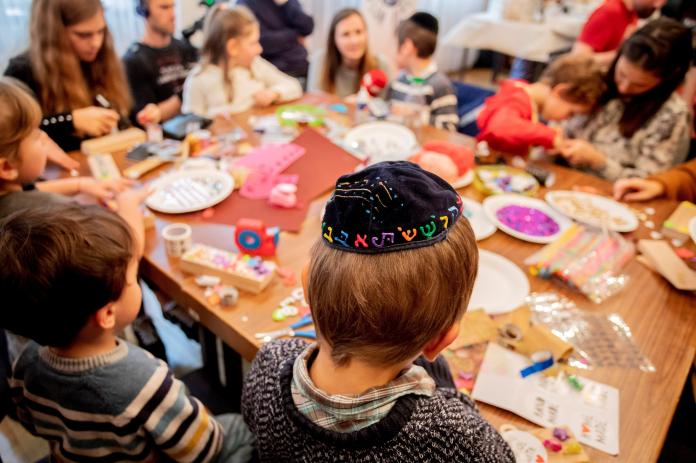 Tanja Roppel is busy at the moment. The director of the Levi Strauss Museum in Buttenheim in Upper Franconia is preparing an exhibition – about Franconian Jews who emigrated to the USA in the 19th century:

“We have a lot of top celebrities: The Blumenthals, Goldman and Sachs, who founded the investment bank, as well as the Lehman Brothers, Levi Strauss, to whom we owe the jeans.” Tanja Roppel, director of the Levi Strauss Museum

The biographies of these celebrities and those of lesser-known emigrants will be presented in Buttenheim this summer. The exhibition is the museum’s contribution to the festival year “1,700 years of Jewish life in Germany”.

The reason for the anniversary is a historical milestone: In December 321, the Roman Emperor Constantine issued an edict by which he allowed Jews to take over offices in Cologne’s city administration. A manuscript of the edict is the oldest evidence of Jewish life in what is now Germany. The oldest Bavarian spring comes from Regensburg, from the year 981.

Today there are 13 Jewish communities in Bavaria, for example in Würzburg, Erlangen and Munich. The most famous Jews who lived and worked in Bavaria include the first Prime Minister of the Free State of Bavaria, Kurt Eisner, the Munich-born writer Lion Feuchtwanger and the former president of FC Bayern Munich, Kurt Landauer.

“Not flown in with the UFO”

Bavaria participates in the nationwide festival year with several hundred events in all government districts. Above all, the anti-Semitism commissioner of the state government, Ludwig Spaenle, wants to show that Jews are deeply rooted in Bavaria.

“That is actually the main message that Jewish life is nothing out of the ordinary, that these were not social groups that flew in with the UFO, but that they have been making their way through history with the majority society for over 1,000 years.” Ludwig Spaenle

For months, museums, schools, libraries, artists and Jewish communities have been organizing their events in all corners of Bavaria. Whether a lecture on Jewish culture in Franconian Switzerland, a “Hebrew for Beginners” course in Würzburg or concerts by the Munich Jewish Chamber Orchestra – they all want to create the easiest possible access to Jewish culture.

A large part of the events will be about giving insights into Jewish history and showing the diversity of Jewish life in Germany and Bavaria – including the diversity of Jewish life today. The atrocities of Nazi rule are not in the foreground this time, say Josef Schuster, President of the Central Council of Jews, and Charlotte Knobloch, President of the Jewish Community in Munich and Upper Bavaria.

Jewish life is more than the Shoah

Josef Schuster experiences time and again that Jewish life is automatically associated with the period between 1933 and 1945. “That is a period that should not be forgotten, but Jewish life is much more, much older than the Shoah and there is Jewish life again after the Shoah,” said Schuster. Charlotte Knobloch also sees a need to catch up in terms of knowledge: “I see that it is very important that you know how many centuries Jews have lived in our area and have been part of society.”

Even if the focus is different: The festival year can also help counteract hatred of Jews, says the Bavarian anti-Semitism officer Ludwig Spaenle.

“The anti-Semite seeks guilty people and scapegoats for something that they regard as negative, which has nothing to do with Jewish life. In this respect, the approach is to make people more resistant to anti-Semitic stupidity by imparting knowledge.” Ludwig Spaenle

Due to the corona, a lot has to take place digitally. Museum director Tanja Roppel also has a plan B in case the exhibition opening planned for July falls victim to the pandemic: She would then rely on virtual museum tours. But she would prefer visitors to be there, in Buttenheim. She has a lot to tell you: about Jewish people who had their roots in Franconia and who lived the American dream.

“On the one hand, we want to show why these people emigrated and, on the other hand, that many of them have done good, have been socially committed, that they have also been committed to infrastructure.” Museum director Tanja Roppel

And some emigrants to America also thought of their old homeland Franconia: For example, the Seligmann family donated a kindergarten in Baiersdorf – an institution that still exists as a daycare center today.